Speaking at a new Combat Training Center (CTC), opened within the GDRP in Vaziani just outside Tbilisi, Scaparrotti said the program was “a significant demonstration of the commitment that the U.S. and Georgia share to the security of the Georgian people and to the stability of the region.”

“The Georgia Defense Readiness Program and other bilateral programs like it demonstrate the strategic partnership built upon shared principles and shared values,” Scaparrotti said, recalling U.S. Assistant Secretary of State Wess Mitchell’s words that Georgia was “a partner in the world of ideas because of our common belief in democracy and the rule of law.”

Defense Minister Levan Izoria stressed the importance of the program in his remarks, saying it would serve as “a solid foundation for Georgia’s long-term development; a solid foundation that should further strengthen our country’s defense capabilities, that should create a sense of more security in our citizens and form an effective mechanism for containing threats.”

“Today is indeed a historic day; Georgia-U.S. cooperation, particularly in the defense field, is moving to a new stage, solidifying the [overall] strategic partnership between our two countries,” Minister Izoria said after the official ceremony, adding that nine infantry battalions would be equipped and trained within the program in the three following years.

As part of his visit to Georgia, General Scaparrotti met separately with President Giorgi Margvelashvili and Prime Minister Giorgi Kvirikashvili, with the sides discussing the security environment in the region and the situation in Abkhazia and Tskhinvali Region/South Ossetia, as well as the NATO-Georgia cooperation, including the upcoming NATO Summit in Brussels on July 11-12. 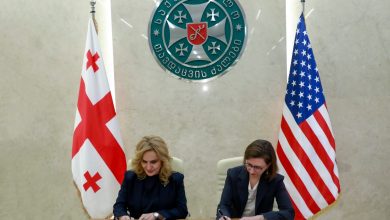 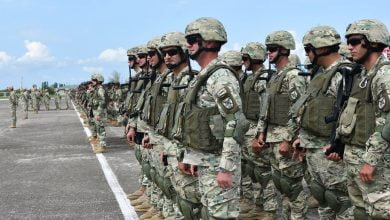 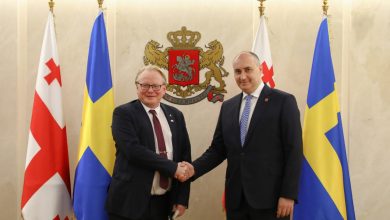