The November 28 Presidential runoff was “competitive and candidates were able to campaign freely,” according to the preliminary post-election statement of four international organizations. However, “one side enjoyed an undue advantage and the negative character of the campaign on both sides undermined the process.”

According to the international observers, the lack of regulation of the key aspects of the second round – which was held for the first time in Georgia – led to inconsistent and contradictory interpretations and “did not provide legal certainty.”

In addition, the report notes “the campaign was marred by harsh and at times violent rhetoric,” which “went unaddressed by authorities.”

The report details the “incidents of the misuse of administrative resources and the announcement of the series of social and financial initiatives,” noting that these incidents “and the involvement of senior state officials from the ruling party in the campaign, continued to blur the line between the state and the party.”

The international observers believe, Election Day “proceeded in an orderly manner despite a tense competitive environment.”

However, “the gathering of voter data and mapping of political preferences, in combination with tracking of voters,” raised concerns “about the potential for intimidation and the ability of voters to vote free of fear of retribution.”

The ODIHR election observation mission observed “a widespread use of aggressive and violent rhetoric in television programmes, on social media and during demonstrations, as well as in individual statements made by many high-ranking party members and public officials.”

“Private media continued to demonstrate sharp polarization and clear bias, while the public broadcaster did not ensure editorial independence and impartiality,” the statement reads, noting that both contestants mainly used their free and paid airtime “for negative campaigning, rather than promoting themselves.”

Head of PACE delegation Andrej Hunko believes “the second round of the presidential election confirmed concerns expressed by the PACE delegation after the first round – in particular, the surprisingly generous system of campaign and party funding from the state budget and private donations.”

“In addition, one can question the timing, just before the second round, of the government’s announcement of a debt-relief operation for hundreds of thousands of electors, financed by a private foundation affiliated to the ruling party’s leader,” Hunko said.

He then noted that “this increase in the role of money in politics in a country with a high level of poverty and without efficient control mechanisms did not contribute to public confidence in democratic elections.”

According to Head of OSCE PA delegation Margareta Cederfelt, Georgian people expressed their commitment to democracy “by actively participating in the electoral process,” but “regrettably, the increased use of harsh rhetoric in the campaign between the two rounds contributed to a rise in tension in the electoral environment.”

Ambassador Geert-Hinrich Ahrens, Head of the ODIHR election observation mission underscored that “Georgia has a good international standing as a democracy, and the corresponding commitment shown by citizens and voters was visible and impressive.”

“The quality of the election was undermined, however, by unnecessarily sharp confrontation, negative campaigning and personal insults by some members of the political class, who did this rather than dealing with issues really important for Georgia, such as the rule of law and economic inequality,” he also noted.

The International Election Observation Mission comprises some 215 observers from 32 countries, including 185 long- and short-term observers deployed by ODIHR, 11 parliamentarians and staff from the OSCE PA, 10 from the EP and 5 from PACE.

* Editor’s note: The title of this article was updated to more accurately reflect the meaning of the statement. 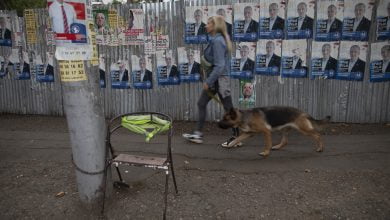 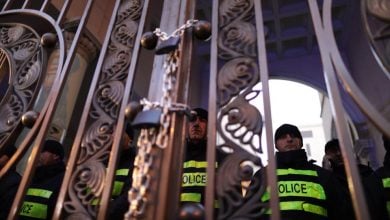 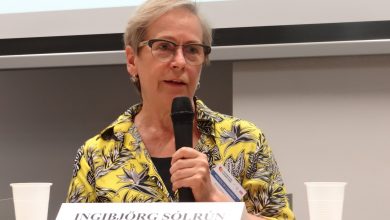