Salome Zurabishvili, the presidential candidate supported by the ruling Georgian Dream-Democratic Georgia (GDDG), said at a news briefing today that on November 9, 10 and 11 she and her children received death threats through text and voice messages.

Zurabishvili claimed that the persons issuing threats were identifiable through their social media posts and are former servicemen. She also said that they can be seen as associated to a wider campaign of insults and threats linked with United National Movement (UNM).

“It is very insulting for the country when such people, who are threatening a woman and her children, manipulate the name of military forces – the forces which are a symbol of Georgian bravery, dignity and commitment in our country and personally for me,” she said on November 12.

Zurabishvili also stressed that “yet another step has been made in the country for inciting strife, tension and hatred with the participation of both internal and external leaders of one political movement, TV anchors and some of their supporters.”

“The stability in the country is extremely important in the lead up to the elections and death threats against one of the presidential candidates and her family need to be taken seriously,” she said.

Zurabishvili then noted that she has already called upon the Interior Ministry and relevant agencies for “immediate reaction to the given facts, so that any attempt aimed at destabilization and disorder is prevented in a timely manner.”

She also called on local civil society organizations “who, together with the state agencies are obliged to protect calmness and balance ahead of the runoffs,” that they would share responsibility “for the possible developments” with the authors of the threats, if they do not show an “adequate and immediate reaction.”

The Interior Ministry stated following Zurabishvili’s briefing on Monday that investigation has been launched on November 10 following the notification of threats issued through Facebook social network, and is being conducted under articles 284/1 and 151/1 of the Criminal Code of Georgia, implying unauthorized access to computer systems and issuing threats.

They also called on electoral subjects to refrain from “threats and unethical behavior against opponents” as well as from such actions, which “may create a violent background for the election environment.” 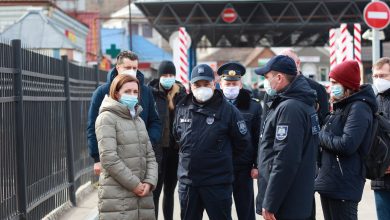