Georgia’s border guards received two Island-class patrol boats from the United States at a special ceremony in Georgia’s Black Sea port of Poti on October 18. The vessels will strengthen the country’s Coast Guard fleet and maritime security of its borders, officials say.

According to Chargé d’affaires of the U.S. Embassy Elizabeth Rood, Georgia received Staten Island and Jefferson Island, now re-baptized as Ochamchire and Dioskuria, respectively, as a result of “long-term U.S.-Georgia strategic partnership.”

Rood said, the Georgian crew was trained by the U.S. Coast Guard in Baltimore, Maryland, and hoped the new boats would help the country become “a reliable partner for NATO in joint naval operations,” as well as expand its ties with other partners in the region.

“We thank Georgia for its efforts in improving the Black Sea security,” the Chargé d’affaires of the U.S. Embassy said, noting that with its “difficult neighborhood” and occupied territories, illegal trade control is a challenge for the country.

Georgian Prime Minister Mamuka Bakhtadze said at the ceremony that by transferring the boats to Georgia, U.S. demonstrated its “unwavering support” for security and stability in the country and in the Black Sea region as a whole.

Noting that U.S.-Georgia cooperation and partnership “has never been on such high level,” Bakhtadze said “the Black Sea will play a decisive role in the architecture of the global security.”

According to the U.S. Coast guard, 110 ft (34 m) Island-class patrol boats are modified versions of a well-regarded British-designed patrol boat, with excellent range and seakeeping capabilities. Both of the boats are fully equipped with advanced navigation and communication systems.

According to U.S. Embassy the patrol boats will make the country “a stronger bulwark against regional and transnational threats,” reducing the response time “to investigate and interdict the potential transport of illicit goods, the smuggling of weapons of mass destruction components, or other illegal activities being carried out in the surrounding waters.” 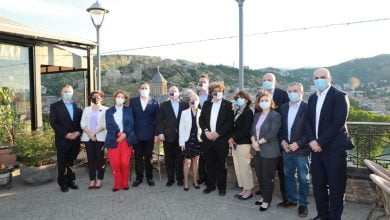 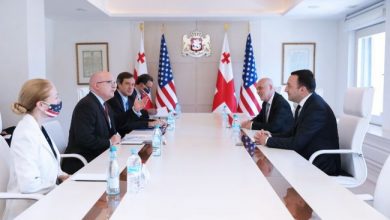 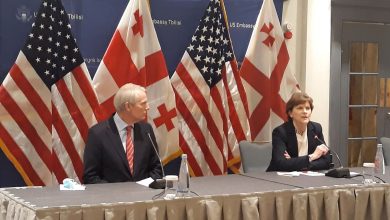