The Committee of Ministers of the Council of Europe is expected to examine in December 2018 the implementation by the Georgian authorities of the judgment of the European Court of Human Rights on former Prime Minister Vano Merabishvili’s pretrial detention case.

The ECHR case concerns violations against Merabishvili, in the context of criminal proceedings launched against him in December 2012 and in January 2013, for alleged embezzlement and abuse of power, which Merabishvili claimed was aimed at excluding him from politics.

He also claimed that his persecution continued during the pretrial detention when in December 2013 he was allegedly removed from his cell and taken for a late-night meeting with then Chief Prosecutor Otar Partskhaladze, whom he accused of intimidation for the purpose of obtaining information about the death of former Prime Minister Zurab Zhvania, and on alleged secret offshore bank accounts of ex-President Mikheil Saakashvili.

Merabishvili, who served as the Prime Minister for few months before the United National Movement was defeated in the 2012 parliamentary elections, was arrested in May 2013 and charged with misspending and vote-buying; other set of criminal charges were filed against him later – all of them denied by Merabishvili as politically motivated. He was found guilty and sentenced to prison terms in several separate trials in 2014. Merabishvili’s imprisonment term expires in February 2020.

In its ruling delivered on November 28, 2017, the European Court of Human Rights (ECHR) said pretrial detention of Vano Merabishvili in 2013 was justified in the beginning, but later on the predominant purpose became to obtain information on unrelated cases.

The Strasbourg-based court also found that Merabishvili’s allegations concerning his covert removal from his prison cell in December 2013 cell was proven.

The court concluded that maintaining the applicant in detention for this predominant purpose amounted a violation of Article 18 (limitation on use of restrictions on rights) of the European Convention on Human Rights in conjunction with Article 5 § 1 (right to liberty and security).

According to the ECHR, in January 2018, Merabishvili’s lawyers have requested an independent investigation into the applicant’s covert removal, the reopening of criminal proceedings on the matter and, pending the outcome of the new proceedings, his release.

Georgian authorities, however, maintain that the ECHR ruling does not call for Vano Merabishvili’s release, and stress that the inmate is serving the sentence based on other court judgments, the lawfulness of which has not been examined by the European Court, rendering the lawyers’ demands for Merabishvili’s release unreasonable.

According to the defendant, the Government of Georgia is ready to “conduct additional investigative and legislative measures in order to address specific deficiencies found by the Court in relation to alleged covert removal of the applicant from his prison cell.”

The European Court of Human Rights rules on individual or state applications alleging violations of the civil and political rights set out in the European Convention on Human Rights. Once ECHR judgment becomes final, it is transmitted to the Committee of Ministers for supervision of its execution. 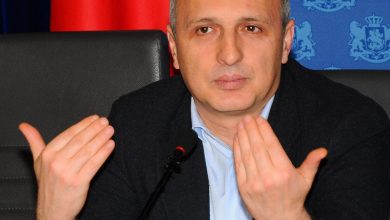