At a news briefing on September 6, Prime Minister Mamuka Bakhtadze said Georgia and Azerbaijan have “certain gaps” in their free trade agreement.

“We should widen the frames of our free trade regime with Azerbaijan, and add to it the service sector,” Bakhtadze said, reiterating his earlier claims that the two countries are ready to increase their trade turnover by 50-60% in next couple of years.

“It is very important to ensure increased trade [turnover] with our neighboring countries,” Bakhtadze announced. He then spoke of the “unfair [trade] regimes” that cause certain barriers to local production.

PM Bakhtadze’s statement came a week after his meeting with Azerbaijani President Ilham Aliyev in Baku, where the two officials discussed bilateral and regional cooperation.

Georgia-Azerbaijani free trade agreement entered into force back in 1996. 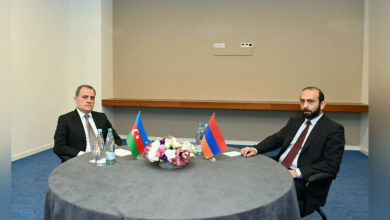