On the tenth anniversary of the Russo-Georgian war, its roots and consequences, Anna Kalandadze, chief of Voice of America’s Georgian service in Washington interviewed Matthew Bryza, a career U.S. diplomat who served as the Deputy Assistant Secretary of State for European and Eurasian Affairs in 2005-2009.

What is Georgia 10 years after the war?

Having visited there several weeks ago and many times since, I would say, Georgia is in a much stronger position than 10 years ago. Georgia has become a wonderful center for tourism for Europeans because it is so charming and has wonderful people. Investment has made it more beautiful. There still is a threat to foreign investors because of Russian military forces in the country right along the main economic artery (East-West highway), but the transatlantic community had made it very clear to Russians that there would be consequences if they were to cut that economic lifeline. So the long story short, Georgia has recovered well and is quite in a good position now.

How did this war affect the European security architecture?

The Russian invasion of Georgia had a dramatic effect on European security architecture but in a delayed way. I fully agree with then President Mikheil Saakashvii that because of a relatively soft western response – although some important steps were taken but costs were not severe enough – Russia decided under President Putin that it would be safe to attack Ukraine, to occupy and annex Crimea and to invade Eastern Ukraine, and it thus created a significant security headache for NATO and the European Union. Moreover, that dilemma woke up NATO and Europeans and helped the Alliance understand what we knew long time ago – that Russia was willing to use force to change international borders and violate pledges to its neighbors. That had imposed serious costs on Russia as well. So maybe the best outcome of all was that it did awaken NATO, which realized that it must station forces in Eastern Europe, the Baltic states and Poland and had to be ready to deter further aggression.

Did Russia’s invasion of Georgia embolden the Kremlin to do what it did in Ukraine?

Yes I think the response from the U.S. and Europe emboldened Russia to do what it did in Ukraine. Neither Europe nor U.S. was ready to provide defensive systems to neither Ukraine nor Georgia to protect themselves against Russian tanks. The measures that the U.S. and the European Union took were late in time, and were pretty soon dropped to the point that Russia felt it could pay such a high price and could still take a risk of taking such bold steps against Ukraine.

You were in direct touch with Georgian leaders, was the U.S. in touch with Russians about the perils of the situation and possible red flags from Moscow?

It is a great question. It is also a painful one. The plain answer is no. Before Russia invaded Georgia, the U.S. was not sufficiently clear to Russia that what it ultimately chose to do was unacceptable and that there would be serious consequences. It was a huge mistake. It directly led to Russia doing what it did in Ukraine, but also what it did in Syria. It was a huge frustration for me personally. I spent several years under the instructions of my superiors to convince President Saakashvili to be quieter and not to fight to re-unify Georgia. It made me very angry because Russia involved its sovereign right to crash the separatists in Chechnya, to destroy Grozny, to murder countless people. So for some reason, the U.S. never made a serious point about Russia brutalizing its own people and never said that Georgia had the same right to unify the country. I was frustrated by hypocrisy of our policy, I fought against it and finally we changed it, and so ultimately I was vindicated but it was already too late as Russia was moving toward the Roki tunnel.

In light of the Russian invasion of Georgia, how do you perceive U.S./Russia or Europe/Russia relations, going forward?

For better or worse, the western community has partially forgotten what Russia did to Georgia in a sense that it did not impose sanctions towards Russia over its actions there. And this was not good, it was a huge mistake. But the West imposed a series of sanctions for what it did in Ukraine. And when President Trump suggested he would lift sanctions against Russia, the Congress has made that impossible and key countries of the EU – Germany and France under Merkel and Macron have said – NO Way! We will not lift sanctions unless Russia leaves Donbas and allows Crimea to unite with the rest of Ukraine! So that part is good, but it is too late as so much damage has already been done.

And yet, why no sanctions were instituted over aggression and invasion in Georgia?

There was no thinking about that at the time. As then Secretary of State Condoleezza Rice suggested in an editorial in Washington Post recently, that she was infuriated when Foreign Minister of Russia Sergey Lavrov suggested to her that Russia’s goal was regime change and overthrow of President Saakashvili. Some serious measures were suggested – economic sanctions – that were never implemented. But instead of acting against Russia, the U.S. and the EU decided to help Georgia: we developed economic programs, 1 billion dollars from the U.S. and 1 billion euros from the EU. But we were not as aggressive enough, yet. There was a naive hope behind, which I never agreed with, that Russia under President Putin was going to be better than it was, and more reasonable, less aggressive, less 19th-century-like, [we also though] maybe President Saakashvili was too aggressive to reunify his country. Now that is past, and because of what Russia did in Ukraine, everybody is woken up but at that point no sanctions were taken. In fact, there was a concern in the U.S. Government not to go too far, maybe to give Georgia an opportunity to buy anti-tank, anti-aircraft weapons to defend itself. And even more, France wanted to proceed to sell Mistral helicopter invasion ships to Russia-from 2008 to 2014 and until after Russia’s actions in Ukraine and after it was so shameful to sell those ships to Russia, it dropped this plan. One high-level Russian general had even said that had Russia had this weapon – it would be so much easier to invade and defeat Georgia. So no sanctions at the time, but there was a big shift in thinking. So I think it was a big mistake, and maybe had there been sanctions, Russia would never invade Ukraine.

Georgia-Russia relations – how can they co-exist in the region when Russia continues occupying 20% of Georgia?

It is a great injustice to live in this horrible situation for Georgia. What I recommend is that Georgia continues strategic patience, which means it continues to strengthen itself, continues to prove that it is NATO’s most valuable partner, it marches towards the membership in NATO – the support for which has grown since 2010 and then think about how to integrate Abkhazia and South Ossetia. It is not a fair situation that Georgia finds itself in, but it is a reality and as long as Georgia behaves as a loyal, valuable and constructive ally to NATO, it is also important that it makes a central tenant of its foreign policy, its legitimate and necessary quest to restore its territorial integrity. 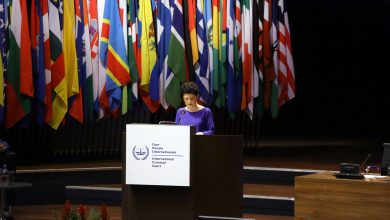 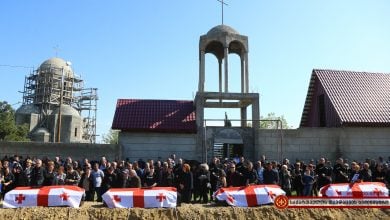 Tbilisi, Sokhumi Set up Commissions to Search for Missing People 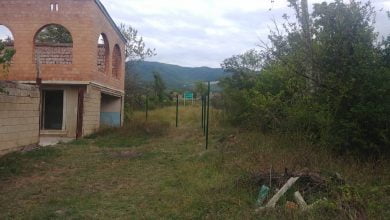 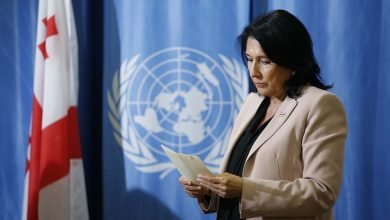 12/08/2019 - 02:12
Disclaimer
Articles on opinion pages reflect the opinions of the author, which may not necessarily represent the editorial views of Civil.ge, but which we consider are to our readers' benefit.