Several hundred residents of villages Khaishi and Chuberi in Georgia’s north-western Zemo Svaneti region blocked yesterday the only road leading to Mestia, the district center, protesting against the authorities’ inspection of wood processing plants in the area.

The protesters gathered in Khaishi early morning on July 26, following what they described to be the authorities’ crackdown on logging plants in the two villages. The incident escalated with the arrival of additional police forces, who formed a cordon in front of the protesters.

Locals, holding wooden sticks, threw stones at the riot police, but the incident was diffused quickly. The standoff ensued, however, with protesters calling for the withdrawal of police officers. Locals said their livelihoods depend on wood-processing plants and urged the authorities to offer alternatives for employment.

The Investigation Service of the Ministry of Finance, which carried out the inspection in the two villages, said similar measures have been implemented all across the country for the purpose of identifying illegal wood processing plants.

It also said riot police was deployed to ensure the safety of its officers and to allow them fulfill their tasks. Later, the Investigation Service claimed locals damaged the inspectors’ car.

The protesters cleared the road late-night on July 26 after talks with Sozar Subari, Prime Minister Mamuka Bakhtadze’s newly-appointed advisor on regional development issues, who was dispatched to the area shortly after the incident.

The Investigation Service told Civil.ge today that the inspection works are currently on halt. Media outlets also reported that all wood processing plans in the area have suspended operations.

The authorities’ wood logging crackdown comes less than a month after village Chuberi was hit with heavy floods. PM Bakhtadze stressed then that the flooding could have been caused by “chaotic logging” and pledged to “deal with the people involved in it.”

Bakhtadze echoed the messages yesterday morning, shortly before the incident, saying the authorities would be “uncompromising” on illegal logging. “We will have a very principled position on fighting this crime … if there is anyone covering up the crime, they will be held accountable in strictest terms, regardless of the position they might hold,” he said. 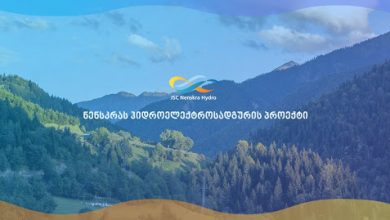