Liberal minority of the Georgian population views the Georgian Orthodox Church (GOC) as an obstacle to country’s progress. Overwhelming majority of GOC’s influential clerics are (fairly) seen as resistant to the idea(l)s of equality between sexes and gender, individual liberties and generally to critical thinking. The majority of Georgians considers GOC as the most trusted institution, making patriarch Ilia the most trusted man in Georgia.

The issue of identity: “Georgianness” as the religious hierarchs and conservative politicians like to call it, has been central for the GOC’s political operation. In most cases, this has been directed against minorities.

The three largest (by estimated number of participants) protests led and organized by GOC during the last 10 years from Russian invasion were held against the Law on Registration of Religious Minority Organizations (2011), the Law on Self-governance (2013) and against sexual liberty: a violent action against LGBTI activists on May 17, 2013.

If GOC indeed cares about the loss of Georgian identity, we may pose question why does its establishment interpret religious, gender or sexual liberties as more threatening to “Georgianness” than Russia’s occupation, as well as the ongoing borderization policy under which Georgia lost 151 settlements (135 in Tskhinvali region and 16 in Kodori Valley) since the end of the 2008 war?

This begs a central question: can GOC ally with the state in pursuing the national security agenda? And given the issues it widely protested against until today, would it?

In November 2017, 12 leading bishops of GOC together with three representatives of religious minorities traveled to the U.S. for a study visit. GOC’s delegation took part in an international conference on the role of religion in democracy and anti-Western propaganda.

Ironically, GOC delegation consisted of several bishops often associated with anti-Western propaganda and anti-democratic activity (e.g. violence against freedom of expression as reflected in their participation in the May 2013 events).

Archbishop Jacob, one of the participants of both May 2013 events and GOC’s American tour, complimented U.S. “…for never betraying Georgia”, arguing that “Russia has been at war with us for our aspiration to freedom for many years.” Concluding that he rethought a lot of things (perhaps even his role in May 2013?) and stating “America’s support is crucial for us.”

A few days after the GOC’s Atlantic tour, the clerical leaders headed to Moscow. Archbishop Theodore of Akhaltsikhe and Tao Klarjeti headed the Moscow delegation after arriving from the U.S. The precise purpose of the Moscow visit was not very transparent. Some speculated that the real reason was to speak about ecclesiastical control over Georgia’s two occupied regions. This gets us to the three scenarios of how GOC may evolve as a foreign policy actor.

Scenario 1: GOC as a “mediator”

In this scenario the GOC will attempt to mediate on number of humanitarian issues between Georgia and Russia, and through Russia with the occupied territories of Abkhazia and South Ossetia.

There are number of ethical and practical problems with this policy. For example, the recent attempt of GOC’s civil diplomacy was when Patriarch Ilia asked his Russian “brother in Christ” Patriarch Kiril to mediate with “respective authorities” about the transfer of the body of Archil Tatunashvili, a thirty-five-year old Georgian who died in unestablished circumstances while in custody on occupied South Ossetian territory.

In Patriarch Ilia’s letter it was unclear whether he meant Russian or Ossetian authorities when referring to “respective authorities.” Patriarch Kiril’s replied that they did everything possible to ensure that “Ossetian authorities” – thus de facto legitimizing the Russian-backed separatist regime – are doing everything they have to do to organize the transfer of the body.

Deep irony is of course how Russian Orthodox Church used the tragedy of Tatunashvili as a pretext for mediating between Georgian and “South Ossetian authorities” thus de-legitimizing the former and legitimizing the latter. Based on compelling amount of evidence from the history of Russo-Georgian relations, the scenario of GOC as a successful mediating agency is prone to naivety and failure.

Scenario 2: “GOC as the “moral police”

In this hypothetical scenario, the state turns blind eye on the rise of conservatives in GOC and uses the church’s radicalism to contain European/American influences, which implicitly means strengthening of Russian influence.

How could this scenario play out in practice? Let us say, that the government has a conditionality attached to the foreign grant which aims to reform a particular institution. The government is not interested in pursuing the reform, as its outcome potentially threatens its longevity to maintain power, yet direct and explicit denial of conditionality is politically (and economically) costly.

In this situation GOC comes to the rescue creating a pretext for suspending or abandoning the reform. As it became evident in May 2013, the church has a number of organizations and extremely conservative priests under its direct control and influence which it can easily mobilize. Therefore, mobilizing conservative forces within the GOC should not be a salient operational problem for this institution.

Neither it will be politically costly for the government to show that GOC en masse stands against a particular reform. The plausibility of this scenario depends almost entirely on the enthronement of the new patriarch and outcomes of an ongoing internal power struggles.

By definition, it is an unlikely scenario – an alliance of church and state under the idea of civic and territorial nationalism. In this scenario, GOC plays a role of a cultural foundation of the nation and church-state “symphony” is manifested in unified foreign policy stands regarding the occupation of Georgia.

Instead of mobilizing thousands of people to resist to what some clerics call “robbing Georgians of identity” by opposing homosexual lifestyle, equality between men and women or electronic music festivals, GOC will focus on territorial problems of Georgia and use its social and cultural capital to protest against actual occupation of its land and churches rather than somebody’s deeply private life choices. Considering that themes under which GOC mobilized mass protests in the last 10 years, borderization and creeping occupation did not seem to fall into priorities.

This is a win-win scenario both for the Georgian government – that will demonstrate to Russia and its western allies socio-political consensus on the matters of national security, and to GOC that will reduce Russian influence over its organization. Having in mind my own doctoral field work in 30 GOC eparchies around Georgia, the scenario is not entirely implausible.

GOC is not a homogenous organization. There are number of internal power struggles and fractions within the church. Putting entire organization into the pro-Western/pro-Russian categories is also misleading.

The litmus test for GOC’s foreign policy will be its response to an ongoing question of Ukrainian autocephaly. In April 2018, the Ukrainian Supreme Rada supported the initiative of the President of Ukraine Poroshenko to appeal to the Patriarch of Constantinople with a request of an autocephaly of the Church in Ukraine.

The obvious opponent of this initiative, the Russian Orthodox Church backed by the Kremlin uses all possible means to denounce the idea and portray it as threatening both to Ukraine and the entire Orthodox world.

Whether the GOC calls Russia’s bluff about potential effects of Ukraine’s autocephaly on worldwide Orthodoxy and against the pressure recognizes Ukraine’s religious autonomy will show the extent to which GOC is influenced by Georgia’s occupier state.

The sheer fact that Russia sent Patriarch Kiril’s confidante bishop Hilarion Alfeyev, a chairman of the Department of External Church Relations and a permanent member of the Holy Synod of the Patriarchate of Moscow, to discuss “Ukrainian autocephaly” with GOC shows the stakes involved on Ukrainian question for Kremlin and GOC’s important role in preventing it from happening. The ultimatum on recognition of the Abkhaz church’s autocephaly on behalf of Russian Orthodox Church if GOC recognizes that of the Ukrainian church could be Moscow’s trading chip with GOC. The clock is ticking for all actors involved as the meeting on which the major decision regarding the Ukrainian autocephaly will be made on July 28, 2018.

Dr. Tornike Metreveli is a postdoctoral fellow at the University of St. Gallen, Switzerland. Tornike was the SNSF Research Fellow at Harvard University, held different research positions in Bern, London and Edinburgh. 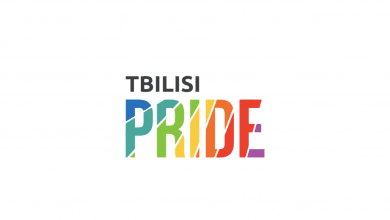 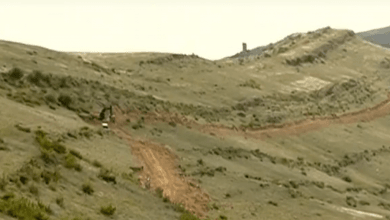 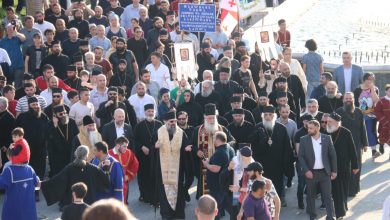 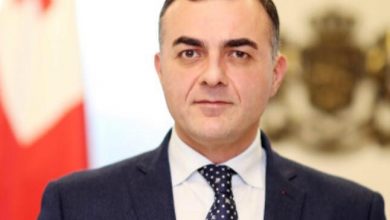 Chief of President’s Administration to Step Down