The government’s drug policy should be “much more liberal,” and the police should be “dealing with drug traffickers” rather than users and petty dealers, President Giorgi Margvelashvili said today, just hours after two opposing rallies faced off in the center of Tbilisi.

“In the last few days, we witnessed a complete failure of the government’s political and administrative responses, as well as series of mistakes starting from the police operation and ending with later decisions,” President Margvelashvili said.

“How we managed to reach the peak of a civil confrontation in just couple of hours remains unanswered until now, and the question requires to have a response,” he added.

The President also emphasized that it was important “to uphold freedom of expression and speech,” and at the same time, maintain order in the country. He also thanked the police for preventing confrontation between participants of the two rallies.

President Margvelashvili then called for a wide anti-drug campaign, and urged artists and clubbers to get involved in his initiative. “The campaign should be carried out by artists, musicians, painters and others who can speak the language of youth,” the President added. 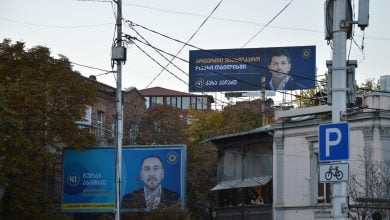