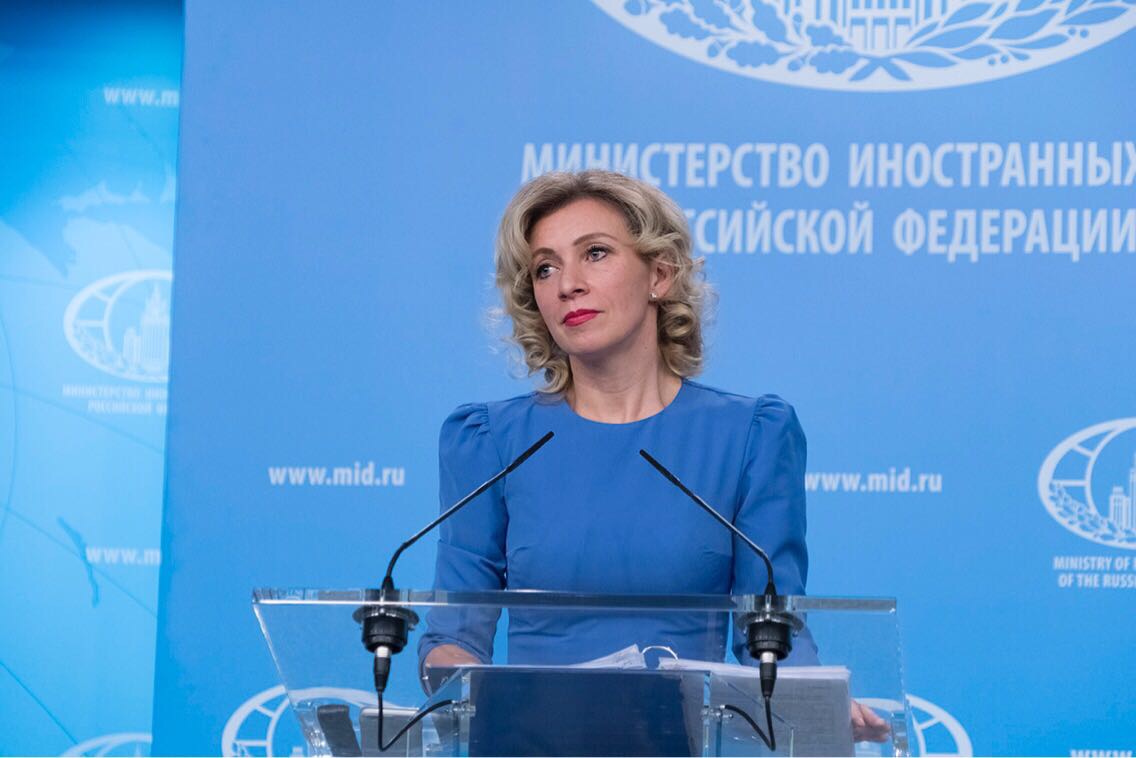 Dispatch from Moscow – Sergey Lavrov’s strange memories of the Soviet history: Speaking about the possibility of unification of South Ossetia and North Ossetia (a republic in the Russian North Caucasus) within the Russian Federation, Sergey Lavrov recently said: “in the Soviet Union, as you are aware, this was the case – there was a united Ossetia and then, it was divided into two by an arbitrary decision. Back then many things were transferred from one republic to another, including Crimea, in disregard of the Soviet Constitution.”

The weird thing about this statement is that nothing of the sort ever happened. Tskhinvali Region/South Ossetia was within Georgia when the country was occupied by the Soviet Russian armies in February-March 1921, and it remained so for the whole 70 years of the Soviet occupation period. While the Soviet authorities established South Ossetia as an administrative entity, this entity always existed within the boundaries of the Soviet Georgia. In fact, no administrative unit encompassing both North Ossetia and Tskhinvali Region has ever existed in history, Soviet or otherwise.

Dispatch from Moscow – MID Criticizes Georgia: Answering a question about Tbilisi’s demand for the establishment of international security mechanisms in the occupied territories of Abkhazia and Tskhinvali Region/South Ossetia, representative of the Russian Foreign Ministry (MID) Maria Zakharova called the Georgian statements “very strange,” saying that security mechanisms in the two regions have already been created in the form of the “contingents of the armed forces and border troops of Russia.” Zakharova called on Tbilisi to “stop this rhetoric of juggling with definitions and begin constructive work after all,” and requested adoption of a statement on non-use of force at the Geneva talks, saying that it would help begin the work on the “binding agreements on non-use of force between Tbilisi and Sukhum, Tbilisi and Tskhinval.”

Zakharova’s statements reiterate Moscow’s position regarding non-use of force obligations, stated by the Russian officials on many previous occasions. Tbilisi, on the other hand, wants Russia to make a commitment not to use force, which Moscow refuses to do. Georgia also requests establishment of international security mechanisms in the occupied regions.

Sokhumi Happenings – New restrictions planned for ethnic Georgians in Gali: The Russian-backed authorities in Abkhazia are voicing plans to restrict access to their households to approximately four thousand more ethnic Georgians in Gali district of Abkhazia. The people in question live in the district, but migrate to the rest of Georgia seasonally. Sokhumi-appointed head of Gali district Temur Nadaraia recently spoke about four thousand “former Galians,” who live in the adjacent areas under control of Tbilisi, “but periodically cross the border to cultivate their land plots, harvest nuts and other agricultural produce.” Nadaraia said his “main objective” was “to prevent such people from getting residence permits, because this document would allow them free pass across the Georgian-Abkhazian border, while in fact they should visit Abkhazia through visas.”

Tskhinvali Happenings – Technical difficulties with abolishment of Georgian schools: Tskhinvali Russian-backed authorities are facing some logistical issues in the process of abolishment of the region’s last remaining Georgian-language schools that has been launched in September 2017. Problems include lack of the Russian-language textbooks for some subjects, and difficulties the Georgian-speaking kids face as a result of having to transfer to the Russian language of study.

Tskhinvali Happenings – Arrests for attempted doctor visits: Tskhinvali “security service,” commonly called “the KGB”, issued statistics on September 2017 detentions of the local residents for crossing the region’s occupation line that separates it from the rest of Georgia. Among the motives of the offenders the KGB lists agricultural purposes, visits to relatives and two cases of people who were trying to visit hospitals in the Tbilisi-controlled part of Georgia.

Western Voices – Spain is with Georgia on territorial integrity: Spanish Foreign Ministry responded to the news about Tskhinvali’s newly opened “representation office” in Barcelona with a statement, saying that Spain “considers South Ossetia to be an integral part of Georgia,” stressing that South Ossetia does not have “the right of legation in any country of the European Union, or in almost any of the States that make up the international community,” and reiterating “full support for the sovereignty and territorial integrity of Georgia within its internationally recognized borders.” For their part, members of the Russian-backed Tskhinvali and Sokhumi authorities expressed readiness to “recognize Catalonia’s independence,” if the latter addresses them with such request.

Syrian Circassians in Abkhazia: Russian-backed Sokhumi leader Raul Khajimba revealed, during an event in the Russian city of Sochi, that Abkhazia has accepted about 500 families of the Syrian Circassian diaspora. According to Khajimba, “some of these people, young people, went back to Syria to stand with the government troops, and they are ready to defend Syria to the end.”

Russia’s Network – Bibilov’s North Ossetia speech: Tskhinvali leader Anatoly Bibilov visited the Russian Federation region of North Ossetia to take part in an event called “the 9th Conference of the Ossetian people.” In his speech, Bibilov called for closer integration between the Ossetians “in all kinds of spheres.” Bibilov also expressed displeasure regarding the concerts recently given in North Ossetia by Georgian performers, calling such events unacceptable and demanding: “Show me where politics is not tied to culture and sport?”

The Military Aspect – Russian units in Abkhazia keep holding intense exercises: Complex two-week series of military exercises has been completed by the Russian forces in Abkhazia. The drills took place at three firing grounds in Abkhazia and another one in Krasnodar region of Russia. The training involved various types of areas – mountainous, coastal and plains. According to the official Russian military sources, 2 000 Russian troops participated, along with their equipment, including heavy weaponry.