As the crisis in Ukraine unfolds, Georgia’s political leadership has abandoned its initial caution to take an increasingly harsh tone of condemnation against Russia’s occupation of Crimea. Given Russia’s occupation of Abkhazia and South Ossetia, the change of the Georgian government’s rhetoric in response to the Russian occupation of Crimea is logical. Taking a clear stand with Ukraine’s new government also means, however, that one of the pillars of the Georgian Dream (GD) – a policy of “reset” with Russia – is hardly tenable. GD foreign policy on Russia moves closer to that of their nemesis – the United National Movement (UNM). A political anathema for some – maybe. But perhaps with a silver lining: bipartisan bridges can be built to shape country’s security policy for the years to come. It is futile to expect the politicians to take the lead. The local elections will be fought in June and the wave of vitriol poured at opponents won’t abate. But country’s diplomats, civil servants and experts must quietly take the lead in shaping tangible policy responses.

Ukraine debacle poses real challenges to Georgia. The situation is dangerous, because the intensity of the conflict that Russia has unleashed is unpredictable. One thing is certain – it is a game-changer in the post-Soviet space, and it will affect the security architecture of Europe. It would be a dangerous delusion to think that Russia’s determination to confront the West in Europe can somehow be de-coupled from its Georgia policy. Neither European nor the United States’ calibrated, but gradually escalating response to Russia would be cost-neutral for Tbilisi. There is no time to waste to shore up Georgia’s defenses against the new threats to come.

In doing so, it is useful to reflect critically about the past approaches Georgia has taken, as seen through the prism of Ukraine.

UNM’s grim strategic view of Russia was much criticized after 2008. It was argued that it was President Saakashvili’s confrontational stance with Moscow that put Georgia in Putin’s crosshairs. After Ukraine, UNMs strategic approach seems vindicated: that the policy or tone of the victim state is of little import – as long as it drifts towards the EU, Russia will challenge its very existence. In Ukraine, Russia made yet another step in challenging the European order, aimed at negating the Western influence alongside its borders.

On a tactical count, GD feels that Ukraine’s extreme restraint has shown that there was an alternative to the military confrontation in 2008. True, in Ukraine, the West has overcome its initial stupor. Even its erstwhile European partners condemn Moscow, the international legal status of the Kremlin’s actions is broadly qualified as an aggression and occupation of Crimea. Still, Ukraine has lost the control over Crimea for now. The results of the 16 March referendum are easy to predict, and the direct annexation into Russia is looming next. The outcome is not dramatically different from the one Georgia got after 2008 war. However, if the concerted efforts of the EU and the US will help roll the Crimea occupation back, it will form an important precedent for Georgia’s provinces and would vindicate GD’s tactical approach.

Looking into the future, Georgian policymakers will have to weigh several important questions.

First must come the re-assessment of Georgia’s short term security threats, given the brazen nature with which Russia brought the conflict close to the EU and NATO borders. It is now likely that Moscow will be paying a price for its gamble in Ukraine in form of a political isolation and at least some Western sanctions. So far, the occupation lines in Abkhazia and South Ossetia were considered to be stable. Will the Kremlin consider it logical to secure its southern underbelly at no additional cost, by gaining military control of the rest of Georgia?

Are there realistic scenarios – e.g. more muscular Turkish involvement in Crimea – where the military logic would dictate to Moscow that it must secure the over-land access to its military base in Gyumri, Armenia, via Georgia? Militarily, the offensive capabilities deployed in Abkhazia and South Ossetia, alongside with its sizable and constant presence in the Northern Caucasus make an armed takeover of Georgia or its main communications thoroughfares quite feasible. What can be the additional costs that Georgia and/or its allies can impose to deter such actions? Most importantly, if such threats are deemed real in Tbilisi – how can the West be convinced it is indeed so?

Second, in the short to medium term, Georgia must keep a close eye on Ukraineâ€™s (and now also Europeâ€™s) dilemma in Crimea. The situation is eerily reminiscent of the 1990s escalations in Abkhazia and South Ossetia. So are many Russian approaches: political manipulation of underlining inter and intra-ethnic divisions, use of proxy troops, creation of the legalistic and political bridgehead for legitimizing deeper Russian involvement, use of the existing military agreements and infrastructure to rapidly gain the tactical advantage. Russiaâ€™s momentum for Crimea takeover seems – for now – unstoppable. If the Western actors decide to roll back the occupation of Crimea – rather than embarking Ukraine on a long path of “strategic patience” – this would be the first ever precedent of Russiaâ€™s land-grab in post-Soviet space has been challenged. As such, it would give Georgiaâ€™s partners in the European capitals an invaluable experience. Up till now, the EU policymakers on Georgia often drew on their personal experiences from Kosovo – analogy that often worked to Tbilisiâ€™s disadvantage. Lessons learned in Ukraine might make Tbilisiâ€™s dilemmas and frustration closer to the European hearts and minds. If the occupation of Crimea is consolidated, the minimum Georgia should do is to cement the link of de-occupation of Georgiaâ€™s provinces with the eventual de-occupation of Crimea in the European and US narratives and policy documents.

Thirdly, in the long-term perspective, come the implications of the policy adjustment of the European Union and of the European capitals towards Russia. President Putin will no longer be considered or dealt with as a partner. The long-term calculations will shift and the contingencies will be planned for. Already now, the NATO umbrella for Poland and the Baltic states is being strengthened, with energy policy adjustments in the pipeline. Kiev is likely to sign the EU Association Agreement in the nearest future. Talks of Ukraineâ€™s potential EU membership no longer belong to the fringe of the European politics. So far, Georgiaâ€™s European and Euro-Atlantic prospects remain as vague as before the Ukraine crisis. But the change of atmosphere deserves to be explored. Are the previously skeptical European capitals more open to Georgiaâ€™s NATO and EU membership now? Will they be more, or less open to it if the Ukraine falls under Russian sway or, on the contrary, if the Kremlinâ€™s gains are rolled back?

Georgiaâ€™s intellectual and political resources are thinly spread. When the national security is concerned, the country can ill afford to waste them. To respond to many of the pertinent security questions requires a policy-oriented debate between the former and current officials. Despite the confrontation, and hard as they might try to deny, the Ukraine crisis is pushing pro-western forces across the political spectrum closer. It might be both feasible and advisable to convene expert teams on security policy, European policy, and Russia/regional policy consisting of the policy practitioners from both current and previous governments, perhaps involving some Georgia and Russia experts, to design and play out various scenarios of development. This can be done under the expert aegis of the Foreign Ministry and facilitated by a respected academic(s) either from Georgia or abroad. Conducted under Chatham House rules and insulated during its work from the political exposure, the teams can help chart Georgiaâ€™s way in these extremely choppy waters. Statesmanship from both camps is sorely needed.

About the author:
Jaba Devdariani is nonresident fellow of the Carnegie Endowmentâ€™s Euro-Atlantic Security Initiative. He has served as the Department Director at the Georgian MFA in 2012-13 and as the Political Director at the OSCE Mission to Serbia in 2010-2012. He is one of the founders of Civil Georgia. All opinions are authorâ€™s own and are not endorsed by any of his current or past employers. 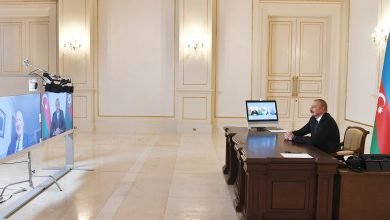 Tribune | Region Reshaped: Nagorno-Karabakh is at a Critical Juncture

23/10/2020 - 18:57
Disclaimer
Articles on opinion pages reflect the opinions of the author, which may not necessarily represent the editorial views of Civil.ge, but which we consider are to our readers' benefit.