EU’s Lead Spokesperson for Foreign Affairs and Security Policy, Peter Stano today released a statement addressing the ailing health of imprisoned ex-President Mikheil Saakashvili, remarking that “Georgian authorities are responsible for his health and well-being and have a duty to take all necessary measures for him to receive appropriate medical care.”

“EU follows attentively the latest worrying reports about the deteriorating health of Mikheil Saakashvili,” he underscored.

Concerns about the ex-President’s deteriorating health have surged in the past weeks as several reports were released detailing his dire condition.

Saakashvili’s lawyers petitioned the Tbilisi City Court on 1 December to either release Saakashvili or postpone his sentence per the law’s provisions, for health reasons. The Court is set to begin deliberating on the matter on 9 December. 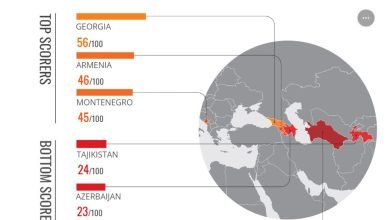