Russian state-owned gas and oil giant Rosneft has sold off the 49% stake in Petrocas Energy Group, a Cyprus-based major petroleum company that owns the Gulf gas station chain in Georgia and operates an oil terminal in the country’s key Black Sea port of Poti.

The transaction closed on May 23, with the Petrocas Energy Group reporting that its Founding Managing Partner and Chief Executive Officer Ivane Nakaidze had taken over the shares. The majority stake in the company belongs to David Iakobashvili, a Russia-based tycoon, hailing from Tbilisi.

As the deal — formalized on May 11 — closed, two of the Rosneft representatives in the Petrocas Energy Group also resigned from their posts.

Rosneft’s withdrawal comes as the Russian state petroleum sector faces growing difficulties amid the fallout from the Western sanctions imposed on Russia over its full-scale invasion of Ukraine.

The Petrocas Energy Group launched the Gulf Georgia in November 2010, after acquiring an operating license from Gulf Oil International. Gulf Georgia operates about 150 gas stations in the country, among them 43 in Tbilisi.

Meanwhile, the Cyprus-based group acquired the oil terminal in Poti in 2011. 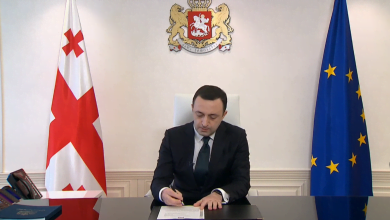