Largely ignored in the discussion of Russia’s strategy in its war on Ukraine is the story of what may have been the first successful conquest of a foreign country by the Soviet Union.  Vladimir Putin, who is obsessed with history, is certainly familiar with this story.

Georgia in early 1921 had been an independent country for nearly three years.  It was increasingly recognized by Western Powers, including Britain, and it had hopes of full recognition as part of the international community.  Its Social Democratic government was fully committed to democracy. The country held free and fair multi-party elections, had a free press and vigorous opposition. Trade unions and cooperatives thrived. A successful land reform ensured strong peasant support for the government — something that Lenin’s regime in Russia never enjoyed.

Social Democratic and Labour leaders from around Europe (including Ramsay MacDonald, the future Labour prime minister) came to visit Georgia and were deeply impressed. Ethel Snowden, a Labour leader who accompanied MacDonald, had visited Bolshevik Russia the previous year and was appalled at what she had witnessed. Georgia, however, she described as “the most perfect socialism in Europe.”

They walked away convinced that they had seen a working model of the kind of society they wanted to create in Britain.

But the Bolsheviks hated this little democratic socialist republic in Georgia, none more so than Stalin, who was born there.

In May 1920 Russia signed a peace agreement with the Georgians but used the opportunity to plan a takeover of the country. Nine months later, the Red Army invaded Georgia from several directions. When challenged that they had attacked a sovereign state, the Soviets replied that they were responding to appeals for help from a new revolutionary government which had come to power in Tiflis. The truth was that there was no local basis for a pro-Soviet revolution. It was only due to overwhelming military force that the Russians were able to conquer the whole country in just a few weeks, sending its elected government into exile. Except for a couple of French gunboats in the Black Sea, no foreign support arrived.

The parallels with Russia’s war on Ukraine today are clear. The use of misinformation is one example. Local inhabitants (today Russian speakers in Donetsk, back then rebellious proletarians in Tiflis) had summoned help. The Russian armies were sent in to oblige. The cynical rejection of signed agreements to respect the other country’s sovereignty is another example. So is the dismissal of near-universal international condemnation.

In 1921 in Georgia, the Red Army expected to be welcomed as liberators; instead, they were met with ferocious opposition. Guerrilla warfare continued for several years, culminating in a bloody nationwide revolt in 1924. That was suppressed by an ambitious young officer in the Cheka, the Soviet secret police. His name was Lavrenty Beria and he went on to become the head of Stalin’s secret police — and the most feared man in the Soviet Union.

All the elements of today’s Russian attack on Ukraine and the accompanying disinformation campaigns can be found back in 1921.

Putin has had other examples to draw upon, including the more recent Russian attacks on Georgia in 2008 and the subsequent occupation of the provinces of Abkhazia and South Ossetia.

But it was in Georgia in 1921 that the template was first used that would serve the Soviet regime well for many decades. It is also the model for the invasion of Ukraine today. 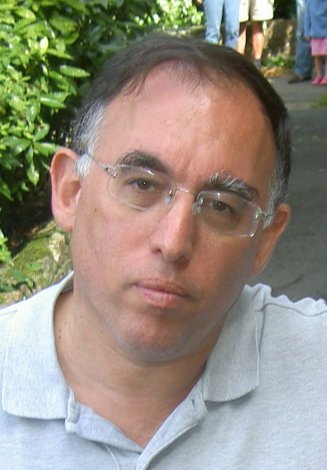 Eric Lee is a journalist and historian who has spent over thirty years researching independent Georgia and has himself been active in trade union and political struggles in both the US and UK. He has authored critically acclaimed The Experiment: Georgia’s Forgotten Revolution.
Tags
Democratic Republic of Georgia Georgia Russia Soviet Russia Ukraine
28/03/2022 - 17:47
216 2 minutes read