The U.S. diplomat said that while “our vision for 30 years and beyond is an optimistic one,” it faces challenges needed to be addressed today. Among such, she named Georgia’s political, legal and governance institutions, which “fall short of meeting its democratic ideals, stunted by a highly partisan and polarized political environment.”

“As we have seen recently in many countries, impartial democratic institutions are the best defense against autocratic tendencies and those who will do almost anything to hold on to power,” the Ambassador stressed, adding “Georgia’s history shows these short-sighted tendencies are incredibly dangerous and risk much of the progress made over the last 30 years.”

Besides, the U.S. envoy named as another challenge that Georgia’s economy struggles to offer sufficient economic opportunities to keep its “most talented” citizens from leaving the country.

Against the backdrop of these challenges, Ambassador Degnan noted that “an autocratic Kremlin appears determined to use its full array of power to foment confusion and deepen divisions, with the goal of undermining Georgia’s sovereignty, unity, and stability.”

She highlighted that the people of Georgia need to stand strong and united to face down “their external enemies,” especially considering the Russian occupation of Abkhazia and Tskhinvali Region/South Ossetia.

The diplomat said that while Georgia has carried out “many important reforms,” there is a need to maintain the momentum for the changes necessary to “build a modern, prosperous, inclusive country on the solid foundation of Georgia’s unique culture, faith, and traditions.”

The Ambassador’s remarks about defending against autocratic tendencies elicited mixed responses from Georgian politicians, with the opposition arguing it was meant as a hint to the Georgian Dream Government.

“There is no autocracy and tyranny in Georgia,” he added, going on to stress he will defend the position “regardless of who says it.”

The lawmaker argued instead that to counteract threats Georgia faces, “Russian aggression should be overcome with collective, mutual cooperation and economic progress should accompany the continued development of democratic institutions.” 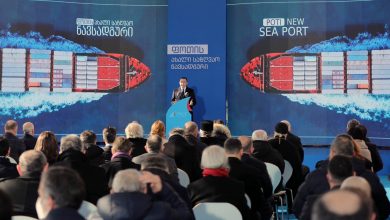