Speaking at a Government session on November 29, Georgian Prime Minister Irakli Garibashvili unveiled a proposal on tightening regulations for the gambling business.

The new rules would restrict the access of almost one million adults to both online and land-based casinos. The proposal also envisages hiking taxes and significantly restricting advertising.

PM Garibashvili clarified that gambling businesses will be prohibited from placing ads on television, on websites, and outdoors. He added that the companies involved in gambling will only be allowed to sign sponsorship contracts, mainly in sports.

Georgian citizens under 25 years will be banned from gambling both online and in so-called land-based casinos. Age restrictions will not apply to foreign nationals.

Minister Khutsishvili said that besides persons under 25 years, gambling will be restricted for several categories of citizens, including socially vulnerable persons receiving state assistance, civil servants, citizens who will apply to the Revenue Service with a request to use a self-restriction mechanism, as well as people, who will be blacklisted by court decision upon the family’s request.

As for the control mechanisms, the Finance Minister said that the organizers of gambling will be obliged to transfer the winnings to a personal account of a gambler or issue the amount to a person registered as a gambler. One gambler shall be banned to transfer money to another gambler, which, as the government supposes, will significantly restrict the possibilities of gambling using another’s account.

The government first unveiled its plans to tighten gambling regulations at a session on November 22. PM Garibashvili then spoke about the planned increase in taxes, banning ads and raising age limit from 18 to 25 years. He also noted that “online casinos should be totally banned at the second stage.” 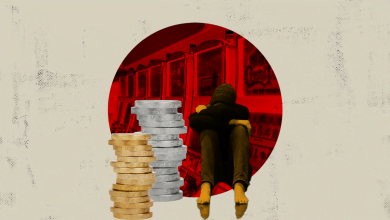