A recent poll released by International Republican Institute (IRI) reveals that if parliamentary elections were held this coming Sunday, 36% would vote for the ruling Georgian Dream party, 15% for United National Movement – Strength in Unity, 4% – European Georgia, Strategy Aghmashenebeli and Alliance of Patriots – 4% for each, Labor Party – 3%, 2% would vote for Aleko Elisashvili’s Civic Movement/Citizens, Lelo for Georgia and 2% Girchi, per each. 3% said none, while 23% said do not know/gave no answer. 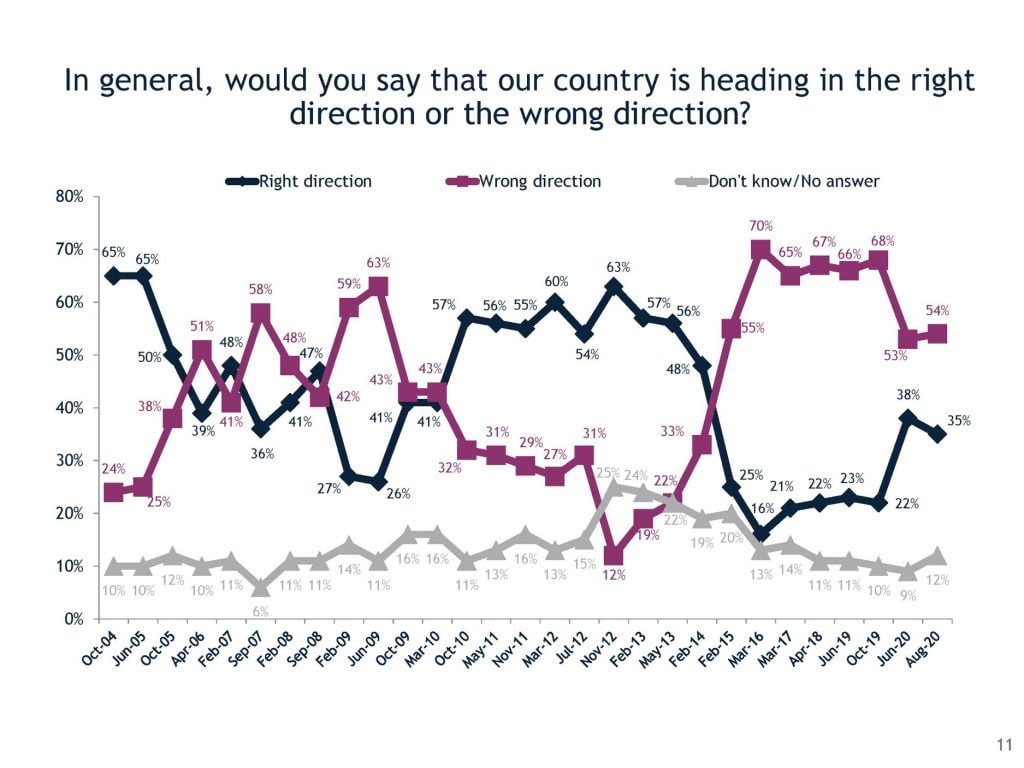 The poll, released on September 17, was coordinated by Baltic Surveys/The Gallup Organization for the International Republican Institute (IRI) and the fieldwork was carried by the Institute of Polling and Marketing in a period between August 4 and August 21, 2020. Funded by the U.S. Agency for International Development, the survey was conducted through nationwide face-to-face interviews (excluding occupied territories) with 1,500 respondents and has a margin of error of plus/minus 2.5%.

The poll reveals that 74% of respondents are very likely to vote in the upcoming October general elections, while 16% are somewhat likely to cast their ballots.

72% of respondents said the party’s economic policy would most likely determine their vote in the upcoming polls, while 56% said healthcare and security policy, 17% said education policy, while the vision for judicial reform was named by 13%. Foreign policy was named by 10% (respondents could name two answers to the question).

33% of respondents said personalities of candidates in a specific political party will be the most important factor in determining their vote, followed by past performance/track record – with 23% and candidate party affiliation – 15%. Platform/program/promises were named by 14%. 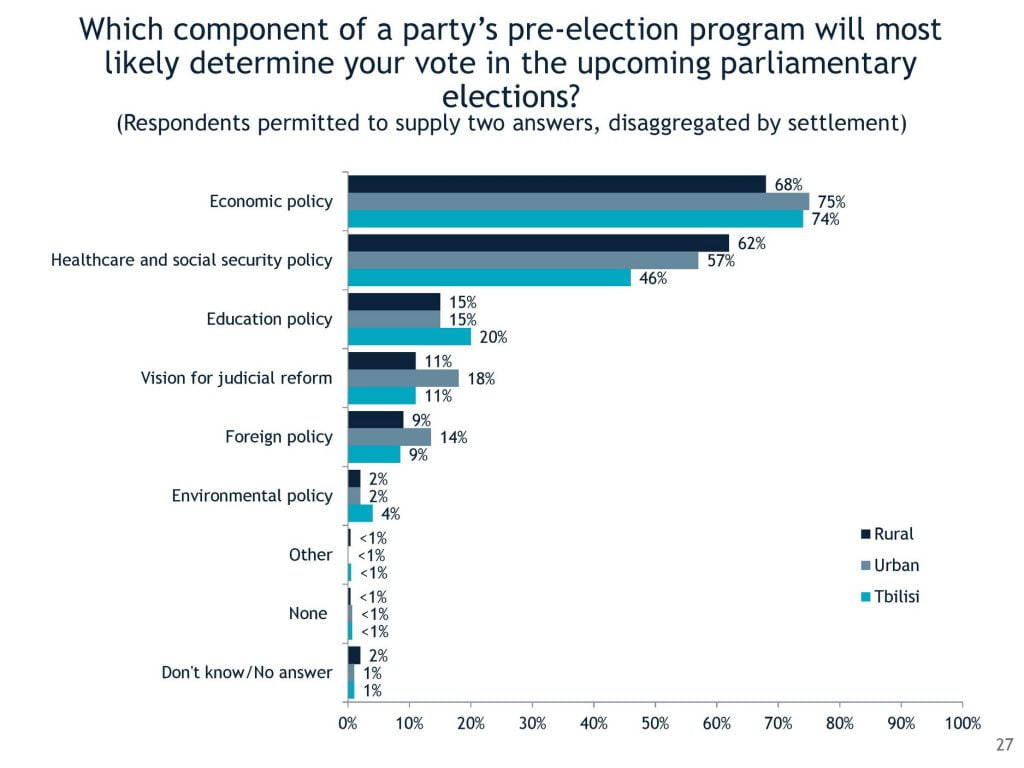 Responding to the question of whether they are familiar with the election programs of the parties and candidates running in their cities/districts/villages, 7% of respondents said they are very familiar, 35% are somewhat familiar, 25% said somewhat unfamiliar, while 26% are very unfamiliar.

37% said they are very satisfied with the government’s response to COVID-19, 45% said somewhat satisfied, 11% and 6% are somewhat unsatisfied and very unsatisfied, respectively. 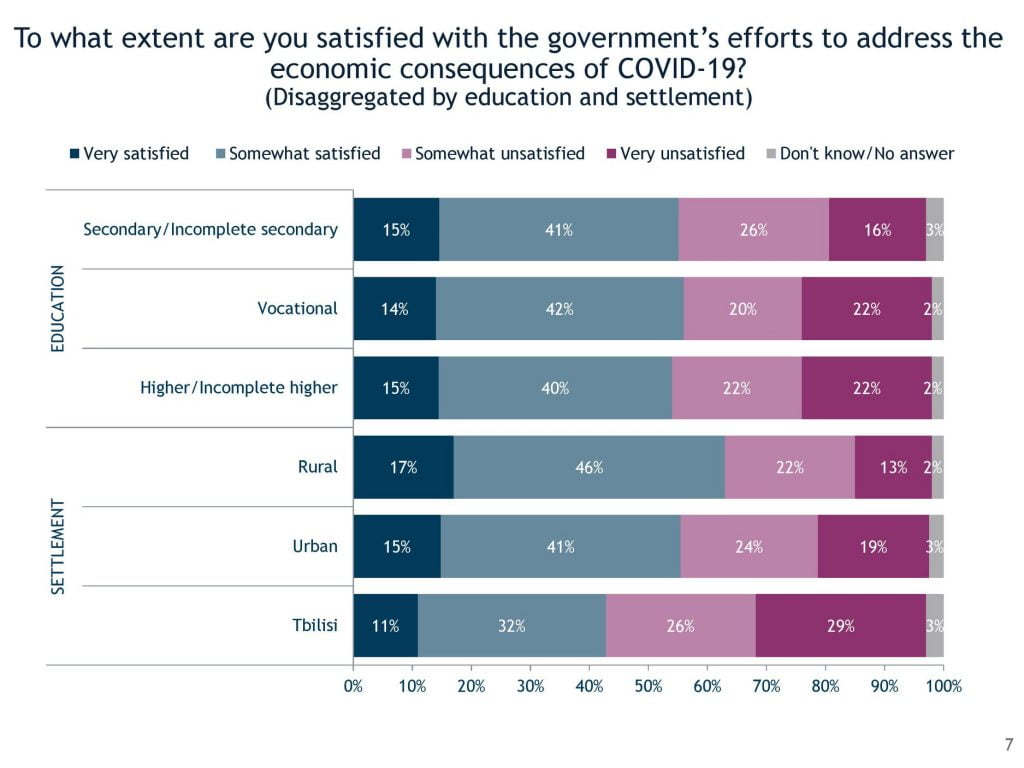 22% of respondents think the fight against COVID is the main achievement of the Georgian Dream government, followed by healthcare reform – 12%, infrastructure – 4%, and stability – 4%. 26% said the GD gov’t has no achievements, while 17% do not know/give no answer. Unemployment, economic situation and false promises were named as the biggest failures of the incumbent government, with 10%, 9%, and 9% respectively, followed by an increase in crime, named by 6%. 9% said the GD gov’t has no failures, while 25% gave no answer.

Speaking of their households’ situation, 2% of respondents described it as very good, 39% said – somewhat good, 36% said somewhat bad, while 22% assessed it as very bad. 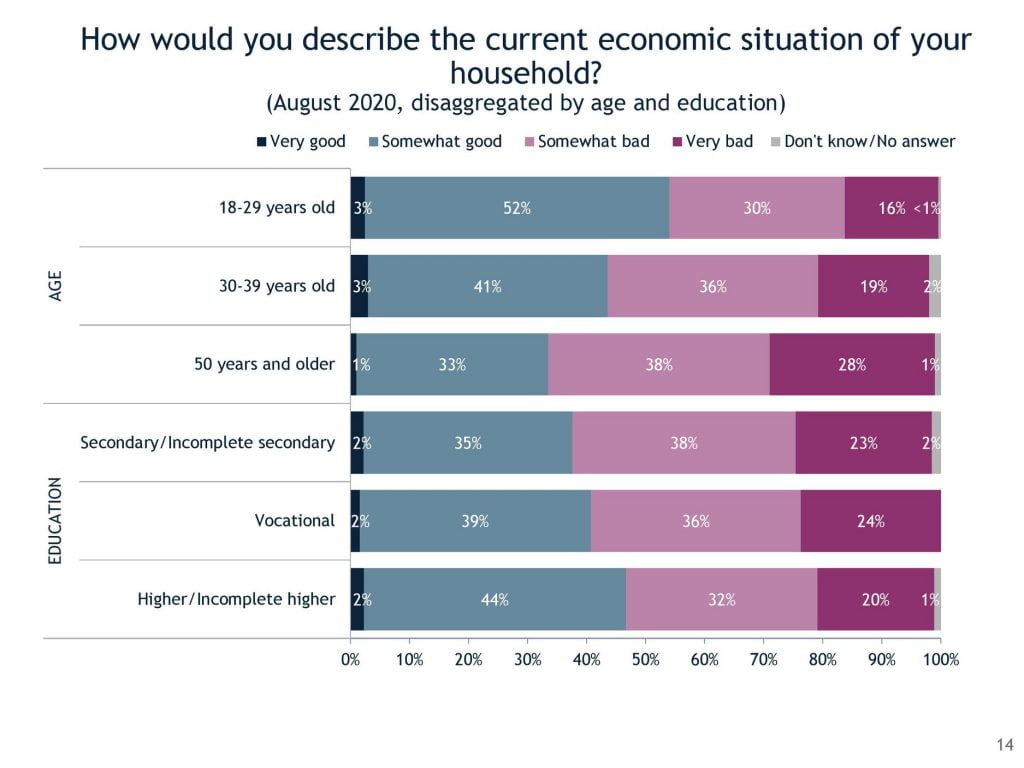 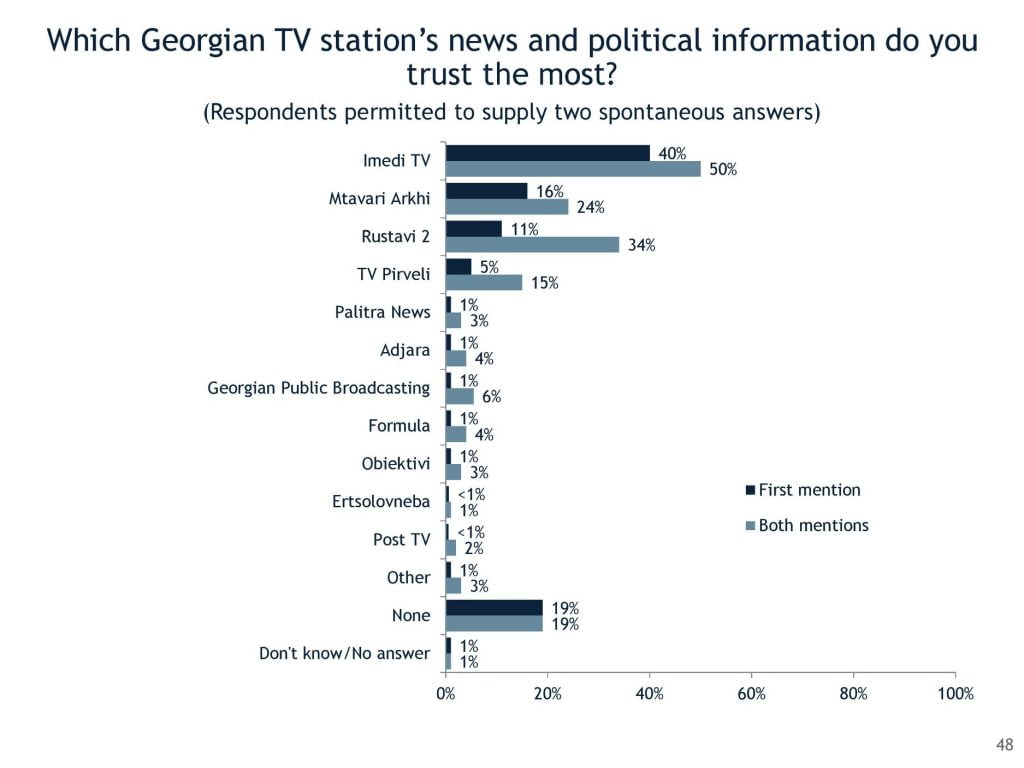