The International Society for Fair Elections and Democracy, a local watchdog, has reviewed the pre-election environment in Georgia, pinning down existing and new challenges, and offering recommendations to address most salient shortcomings.

The report, released on July 1, refers to the political situation ahead of the parliamentary polls due in October as “tense and polarized.”

Passage of the constitutional changes, introducing an electoral system giving more weight to proportional voting, is the best possible solution – under the circumstances – to ensure a fairer representation in the Parliament, ISFED wrote.

The watchdog drew attention to risks posed by the pandemic, as a raft of new restrictions will be enforced in polling units to contain the spread of the virus.

As for the media landscape, ISFED pointed to “an increased sense” that the authorities have amped up pressure on opposition-minded outlets. Meanwhile, it said, access to unbiased information gained more importance in the run-up to pivotal elections.

ISFED reckoned that social media networks, as 2018 presidential polls have demonstrated, will actively be exploited by diverse political actors to wage smear campaigns and disseminate disinformation.

The civil society organization noted that Facebook’s decision to take down a host of bogus accounts and pages played “some role” in mitigating the threat, although its effect was “temporary” and Facebook and other platforms will be put to use to manipulate public opinion.

The watchdog called on the Georgian government to expedite the adoption of relevant changes to the Electoral Code, in order to foster a “fair and equal” election environment.

ISFED stressed that public health regulations have to be “proportional” to the existing risks and that the voting rights must not be unduly curbed. 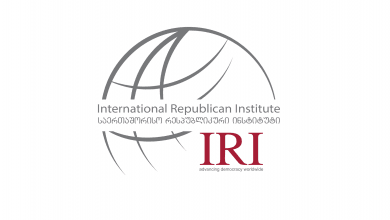