A research report on public perceptions on gender roles and attitudes found that Georgians have become more open to the ideas of gender equality since 2013, with changes in women’s attitudes being significantly more marked. The research was conducted in 2019 jointly by the United Nations Development Programme (UNDP) and United Nations Population Fund (UNFPA).

UNDP Head Louisa Vinton stated that  “attitudes are changing” in Georgia, but “equal rights for women are unfortunately still called into question, particularly by Georgian men.” She said, “if Georgia is to derive full benefit from all of its citizens, we need to overcome discrimination and stereotypes.”

The research analyzed attitudes and perceptions regarding gender equality from societal, community, relationship and individual levels. Relationships indeed are irrefutable markers to trace changes, thus, it is interesting to observe stark shift in the perceptions on women’s role in the family captured by the research,” UNFPA Head Lela Bakradze said.

The report released on June 16, compares key findings of the research carried out in 2019 with the results of a similar study carried out six years earlier.

The recent study “Men, Women and Gender Relations in Georgia: Public Perceptions and Attitudes”, jointly conducted by #UNFPA & @UNDPinGeorgia provides insights on how perceptions and behaviors on gender roles and attitudes have changed since 2013. @SIDA https://t.co/QcvgSYiXOd

The data was collected by face-to-face interviews with a nationally representative sample of 2,408 citizens and during focus group discussions in five regions: Tbilisi, Kakheti, Imereti, Samegrelo-Zemo Svaneti and Guria.

The comparative study has found that traditional views of gender roles are becoming less common and that the understanding of gender equality has significantly changed since 2013, particularly among younger generations.

According to the report, Georgian people are becoming “more gender-sensitive” with 63% of women and 54% of men recognizing that inequality persists, and that gender equality has not yet been achieved.

Despite the general support for women’s “greater involvement” in politics, half of all respondents believed that men make better political leaders; moreover, women identify their responsibilities in the household “as the main constraint to greater political participation.” 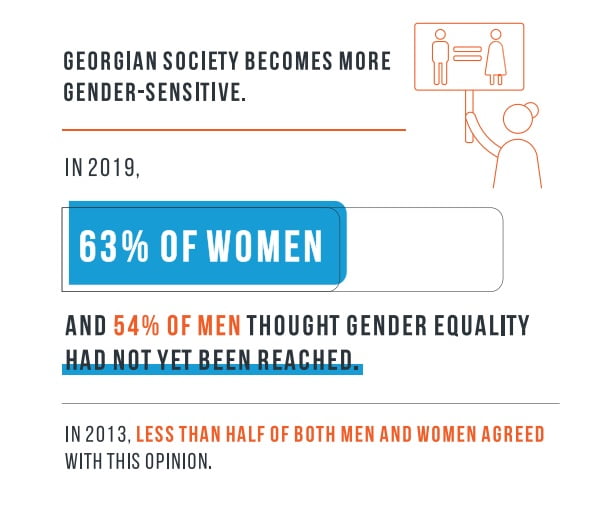 The research assesses levels of civic and political engagement as “generally low” and lower among women than men, with 54% of men and 70% of women respondent reporting to have never attended a peaceful demonstration or rally.

Their online participation in political and civic activism was “as limited as their activities offline with nearly 9 in 10 men and women reporting they had never signed a petition or expressed a political opinion on social media.” 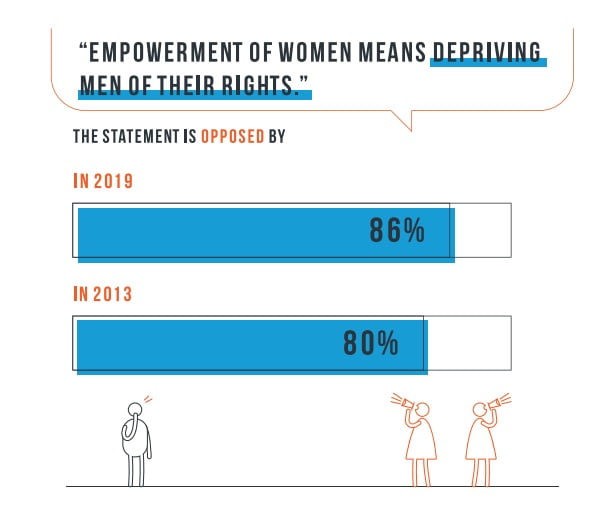 In the meantime, according to the research, homophobic attitudes continue to persist both among men and women in Georgia with a large majority of men (over 80%) holding “deeply homophobic views” on having a homosexual child (83%) and homosexual friend (81%) compared to 74% and 54% among women, respectively.

The study commissioned by UNDP and UNFPA under the Sweden-funded UN Joint Programme for Gender Equality in Georgia was fielded by the organization Promundo – the global leader in advancing gender equality and preventing violence by engaging men and boys, and the National Center for Disease Control and Public Health (NCDC), based on the International Men and Gender Equality Survey (IMAGES), a comprehensive household questionnaire on men’s attitudes and practices, along with women’s opinions and reports of men’s practices, on a wider variety of topics related to gender equality. 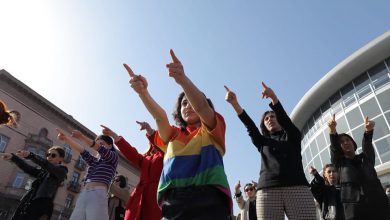 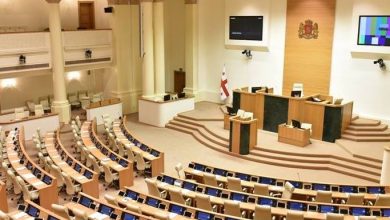