The Monetary Policy Committee of the National Bank of Georgia (NBG) decided at its meeting on December 11 to increase its key refinancing rate by 0.5 percentage points to 9%.

NBG started to tighten its monetary policy from September 4, pushing the key refinancing rate from 6.5% to 9% till present. The bank then explained that the decision was driven by “inflationary pressure” from the GEL exchange rate depreciation, and noted that the Monetary Policy Committee “stands ready to further continue policy tightening until the pressures from exchange rate recede.”

According to NBG, in November annual inflation rate stood at 7%, and that “along with one-off factors, the inflation overshooting was caused by the nominal exchange rate depreciation.” “Despite the appreciation observed during the last few days, the GEL nominal effective exchange rate remains undervalued, pinning inflation expectations above the target level,” it noted.

“In order to maintain inflation close to the target level in the medium term, the policy of tightening would continue until the pressure from exchange rate is receded,” NBG said, adding that “the future decisions of the Committee will depend upon the speed of neutralization of inflationary pressure stemming from the exchange rate depreciation.”

The central bank forecasts that “other things equal the inflation will start declining from March 2020 and approach the target by the end of the year.” “The NBG will continue to monitor the developments in the economy and financial markets and will use all means and instruments at its disposal to ensure price stability,” it said.

The next meeting of the Monetary Policy Committee is scheduled on January 29, 2020. 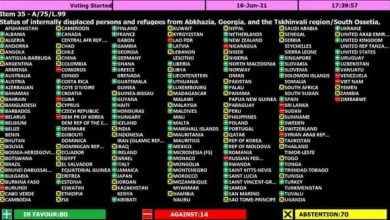