Georgian Orthodox Church (GOC) marked on May 17 the ‘Family Purity Day’, introduced in 2014 to counter the International Day against Homophobia, Transphobia and Biphobia (IDAHOT).

Members of the Orthodox parish, led by senior clerics, gathered in thousands on the First Republic square early evening, and marched down the Rustaveli Avenue, Tbilisi’s main thoroughfare.

Several radical conservative and religious groups, including March of the Georgians, Free Georgia and Alliance of Patriots, joined the procession together with some sports and public figures.

Metropolitan Shio Mujiri, the Georgian Patriarch’s locum tenens, joined the Family Purity march as well. “Family is very sacred, because the God made humans into families… so going against families equals to going against the God,” he said.

“Today, when we see that abortions are legalized, when we see that the LGBT ideology is being introduced as a norm, it is our obligation to save families because this is a precondition for saving our country,” he added.

The demonstrators were greeted at the Holy Trinity Cathedral by the head of the Georgian Orthodox Church, Patriarch Ilia II. “A family can only be happy if it is legal, formed by a man and a woman,” the Patriarch said in his brief sermon.

The celebrations ended with a concert in the courtyard of the Cathedral.

Several hardliner Orthodox groups, politicians and clerics, including the Union of Orthodox Christian Parents, the Society for Protection of Children’s Rights and Dimitri Lortkipanidze of the Moscow-funded Primakov Centre, marched on the same route earlier on May 17, albeit in much fewer numbers.

The organizers said they decided to gather from early morning to thwart any possible attempts by the LGBTI community to organize IDAHOT celebrations. “They want to show their immoral side to the entire country… we cannot allow men in lipsticks and tights to march in the streets of Tbilisi,” said priest Davit Rukhadze, one of the organizers.

“So, we, ordinary Georgians who value our families, our homeland and our religion have to gather from early morning in places where they might assemble and hinder their sinful activities – of course, through peaceful and principled means,” he added.

Another organizer, priest Davit Isakadze said: “a family has to be a stronghold against all the sins that contemporary times have brought us… the sins of Sodom and Gomorrah are gravest sins and if a person wants to follow such sins, of course they are free to do so, but we will not allow it to be propagated.”

Another radical Orthodox priest, Davit Kvlividze, said the reason for their gathering was their “fear of God’s punishment.” “sins of Sodom and Gomorrah are punished by the God; persons, families and empires are destroyed because of it,” he noted.

“Look at what’s happening to the EU… It is [exactly why the EU is] being torn apart… If this becomes universal, it will lead to the coming of Antichrist and destruction of the world,” he added.

Organizers and participants of the procession joined the GOC’s official celebrations as well.

In 2013, several thousand protesters, backed by radical Orthodox clergy, violently assaulted an attempted IDAHOT rally. A year later, in 2014, the Church declared May 17 as the Family Purity Day. Gay rights groups have since been unable to mark the day freely. This year too, they abstained from organizing IDAHOT events, citing absence of security guarantees. 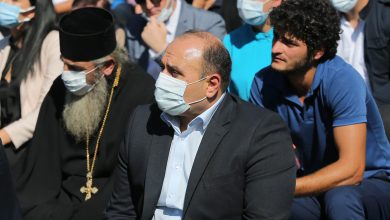 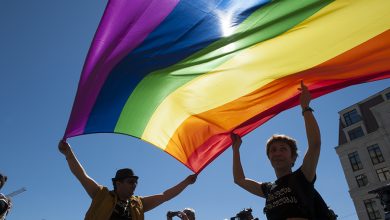