The 74th anniversary of the Victory in Europe (VE) day was controversial in Tbilisi on May 9, as two confronting groups – pro-Russia and pro-Western – held simultaneous rallies in central Vake Park.

„Immortal Regiment“ – an official, Kremlin-endorsed project – held a rally in the Vake Park holding red flags and Joseph Stalin’s photos. Messages supporting Russia, denigrating Georgia’s state policies and the West were heard. Some said Georgia should join the Eurasian Union – a customs and loose political union sponsored by the Kremlin.

Some of the demonstrators, apparently nostalgic for the Soviet Union and communism, hailed Russia’s current president Vladimir Putin, denied Russia’s being an occupying power in Georgia, arguing that Russia’s military occupation of Abkhazia and Tskhinvali Region/South Ossetia was the outcome of  “the government’s mistaken foreign policy”. They said, in fact, Georgia was occupied by the U.S., whose stooges run the country, in their view.

Across the street, holding NATO flags and photos of Giorgi Antsukhelidze, the Georgian POW who was tortured and killed during the Russo-Georgia war in 2008, stood the movement “Russia is an Occupier”. They called out “Immortal Regiment“ as a Russian project, asserting Georgia will never bow to the occupation.

While the confronting political sides confronted each other, few remaining veterans of the World War II, had gathered at the Vake Park to commemorate their victory over Nazi regime.

President Salome Zurabishvili, paid tribute to the memorial of an unknown soldier.  She was greeted with the shouts of “traitor!” by some members of anti-occupation movement.

Interpressnews agency reported that five were detained at the rallies, among them four for petty hooliganism – including insulting the President – and one – for using soviet symbols, which are prohibited under the Charter of Freedom (click for Georgian language text in .pdf). All of the detained have later been released.

May 9 was celebrated in several other regions of Georgia as well, including Gori, Akhalkalaki, Ninotsminda and Batumi.

Georgia, like Russia, marks the VE day on May 9, following the USSR tradition, whereas most European countries mark this day on May 8. 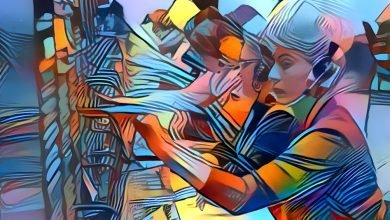