The Government of Georgia has launched a new university preparations program for school graduates from Abkhazia and Tskhinvali regions, which will ease their enrollment at universities in the Tbilisi-controlled territory.

The new program was elaborated within Tbilisi’s earlier-announced peace plan – A Step to A Better Future – and will be administered by the Ministry of Reconciliation and the Ministry of Education.

To secure their eventual enrollment at respective universities, students will have to pass two exams; one in the Georgian language, and another one in a subject that is required by the department where they wish to enroll.

Students will not have to go through the Basic Skills Test, a compulsory examination for all aspiring students that gauges verbal, analytical and mathematical aptitudes. Basic Skills is taught as a separate subject at public schools in the Tbilisi-controlled territory, but not in the occupied areas, rendering it difficult for school graduates from there to compete with their counterparts from other parts of the country.

“The program is designed for residents of the occupied territories, to ease their access to education in subjects that they are not taught there, as well as to ease their enrollment at universities,” said Reconciliation Minister Ketevan Tsikhelashvili at a presentation on April 17 held at Tbilisi State University.

More on the admissions exams system in Georgia can be found here.

According to the Ministry of Reconciliation, the pilot project will run from mid-April through mid-July, and will be at full swing beginning from September, 2019. The Ministry specified that the program will be fully funded, and that participants will be provided with housing and a monthly stipend of GEL 150.

In 2018, a total of 146 school graduates from Abkhazia and Tskhinvali regions enrolled at universities in the Tbilisi-controlled territory. Students from the occupied territories are eligible for tuition funding.

In recent years, Georgian schools remaining in Gali and Akhalgori were gradually moved to Russian-language teaching, a move that has angered Tbilisi and the international community. 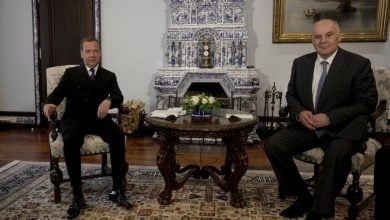