On April 15, Georgian Prime Minister Mamuka Bakhtadze paid an official visit to Bucharest, where he met with his Romanian counterpart Viorica Dăncilă and discussed ways to enhance bilateral and regional cooperation.

At a joint press briefing following the meeting, PM Bakhtadze said Romania is “an outstanding partner” for Georgia, and that the two countries are connected with “special bonds.”

The PM also said political dialogue between Georgia and Romania is on “the highest level,” but added that the two countries still need to untap the economic potential of the Black Sea region.

“The Black Sea offers us unique opportunities to play greater role not only in the development of bilateral relations, but also in deepening of our economic relations with other countries,” Bakhtadze said, adding that the European and Euro-Atlantic security “cannot be imagined without security of the Black Sea region.”

PM Bakhtadze then stressed the importance of intensified cooperation between Georgian and Romanian ports, “particularly in light of the fact that we are building a deep sea port in Georgia, which will open up entirely new opportunities for economic cooperation.”

I had fruitful talks with @BakhtadzeMamuka, Prime Minister of Georgia. #Romania firmly supports #Georgia‘s European and Euro-Atlantic aspirations. The development of #EU relations with the Eastern partners is a priority of the @ro2019eu. ???? pic.twitter.com/gYPznyBFFo

In her remarks, the Romanian Prime Minister said Georgia “will continue to be a friendly country and a partner for Romania.” She also expressed the Romanian government’s “firm support” of Georgia’s European and Euro-Atlantic aspirations, as well as of its sovereignty and territorial integrity.

The PM added that the Black Sea security “is a matter of utmost concern to both states,” and that Georgia’s stability  and security “are essential to the security and stability of the entire Black Sea region.” She also said the Romanian government will further promote bilateral relations in the fields of business, tourism and transport.

In Romania, PM Bakhtadze also met with the President of Romania, Klaus Iohannis, and the head of the upper chamber of the Romanian legislature, Senate, Călin Popescu-Tăriceanu. On April 16, he will travel to Sofia and hold meetings with Bulgarian leaders. 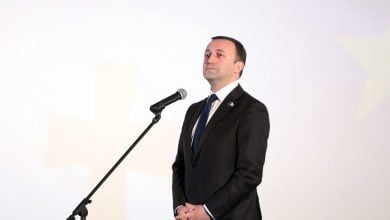 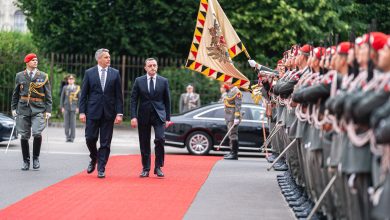 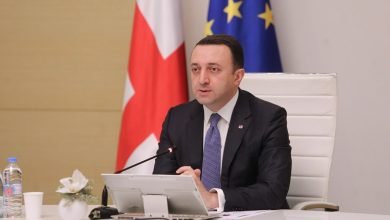 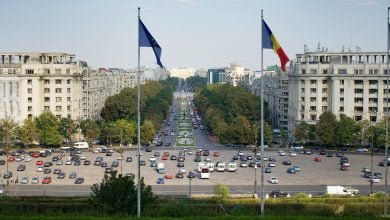