Two members of the United National Movement party – Giorgi Pataraia and Ani Tsitlidze – who were arrested late on April 11, following an incident in village Narazeni of Zugdidi Municipality, were released shortly after their detention. The third, Manuchar Chkhetia remains in custody.

The arrests came slightly over a month before the upcoming mayoral elections in Zugdidi, to be held on May 19, in parallel to MP by-elections in Mtatsminda district of Tbilisi.

According to the Ministry of Interior, UNM members were apprehended when they “blocked the road” to a police car carrying employees of regional police department and “verbally insulted” the officers. The Interior Ministry said the policemen were on regular patrol in the area.

UNM members denied the version, saying the car had no identification signs and was carrying two non-uniformed men, who were following their campaign events throughout the day, and were disrupting their meetings.

They said they merely tried to find out who they were and why they were accompanying them, but the two refused to identify themselves and tried to escape, which they stopped. They also said the men presented themselves as police officers only when additional patrol cars arrived on the scene.

“Instead of countering crime, police officers are busy with persecuting opponents and obstructing their meetings; this is very bad and will have negative consequences for them,” said Sandra Roelofs, UNM’s candidate in Zugdidi.

The Interior Ministry is leading the investigation under articles 166 and 173 of the Code of Administrative Offences, involving petty hooliganism and police disobedience, respectively. 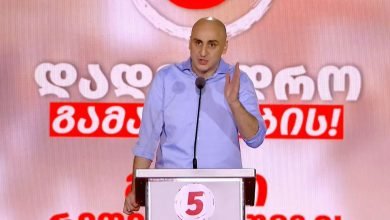 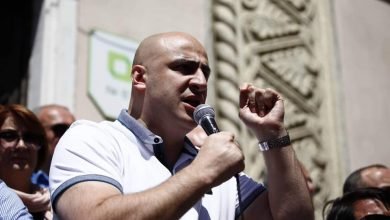 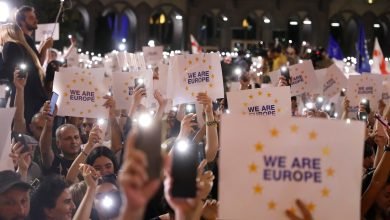