MP Gedevan Popkhadze says he will quit the ruling Georgian Dream party. The lawmaker made the announcement at a press briefing on February 25.

Popkhadze listed two reasons for the decision – that GD leadership has left no room for independent thinking, and that the party has distanced from its founding principles and values.

“When there are dissenting opinions on certain issues, these opinions have to be voiced too and the public should know about it… some might find it comfortable to repeat the messages [that they receive from party leaders], but they are not politicians… they are not thinking heads, they are talking heads, and politically, their value is minimal,” he said.

“We are witnessing the process of Georgian Dream’s UNMization at personal level and ideological levels… the GD said its acceptable to have [among its ranks] the prosecutors, judges and public officials who served under the United National Movement,” Popkhadze added.

Popkhadze also touched upon Bidzina Ivanishvili’s role in the Supreme Court’s appointments dispute, saying the GD leader took sides instead of mediating between the two groups.

“We failed to agree on the principal issue [with Ivanishvili]; I believe, no matter how different our opinions might be, we have to have the right to inform the Georgian people of these differences,” he said. 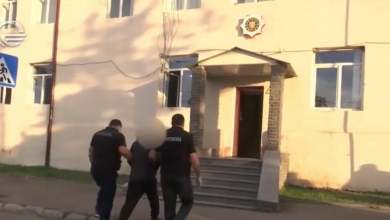