A bitter discord in the ruling party is opening the way for a debate on the procedure of election of the Supreme Court judges. Competing groups are honing their legislative proposals, trying to get support of the influential stakeholders.

The burst in activity came on January 12, when the Parliament Speaker, Irakli Kobakhidze, announced plans to develop new criteria and procedures for Supreme Court appointments.

Since, MP Eka Beselia, a senior Georgian Dream lawmaker, who has been at loggerheads with the Speaker and the ruling party leadership over the Supreme Court appointment process, has launched into a frenzy of activity, consulting a wide range of stakeholders.

Beselia met the law firms, human rights watchdogs, legal experts from the academia, and the Georgian Law Firms’ Association. She was flanked by MPs Levan Koberidze, Gedevan Popkhadze, Beka Natsvlishvili, Ruslan Poghosiani and Davit Chichinadze, a group that has coalesced around her on Supreme Court issue. Beselia hopes the consultations would bring about draft amendments making the appointments more transparent and consensus-based.

Dispute in the ruling Georgian Dream-Democratic Georgia started in late December, when the High Council of Justice, the body overseeing the judiciary, submitted a ten-member list of Supreme Court nominations to the Parliament, triggering the protest and eventual resignation of the Head of Legal Committee, MP Eka Beselia.

MP Beselia accused the party’s parliamentary leadership, including the Speaker of lobbying specific nominees, who – she argues – have a track record of “serving Mikheil Saakashvili’s oppressive regime.”

Nazibrola Janezashvili and Anna Dolidze, non-judge members of the High Council of Justice (HCoJ), the 15-member body overseeing the judiciary, are also meeting the stakeholders, in an attempt to obtain support for their own legislative proposal on judicial appointments.

These HCoJ members held their first meeting on January 15, with members of the Georgian Dream-For Powerful Georgia, a seven-member parliamentary faction in the majority group.

This was followed by a meeting with representatives of civil society organizations united in the Georgian National Platform of the Eastern Partnership Civil Society Forum on January 16.

On January 17, Janezashvili and Dolidze held a meeting with lawmakers of the opposition “European Georgia” party, with their leader, MP Davit Bakradze saying the sides “agree fully on the principles that are necessary for improving the judiciary in the country.” Earlier, the European Georgia MPs pledged to submit a legislative proposal of their own.

Janezashvili and Dolidze have already submitted the legislative proposal to the Parliament of Georgia on January 15. 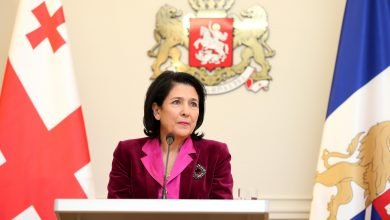 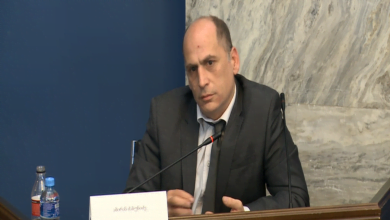