Ukraine and Georgia can be considered as blueprints of Russia’s information warfare. Kremlin tested its tactics first in the region later to apply the strategy in Europe and the United States. What is the anatomy of the Russian disinformation, how does it operate and what are its goals?

VOA Georgian’s Ani Chkhikvadze sat down with Dr. Alina Polyakova of the Brookings Institution to speak about the Russian propaganda and its sources.

Thank you for your time. You have done a lot of research on Russian propaganda. What is the anatomy of it and how does it operate?

The Russian disinformation is multi-factored and multi-layered. It works on a variety of media, including the state-sponsored television outlets like RT and Sputnik. But then, there is also more – the Green Zone style operations – which all of us have become much more familiar with. It is the use of trolls and bots in social media that are not clearly linked to the Russian government or to various agents of the Russian regime, or the set-up of fake accounts that are run by humans – the trolls who mostly operate on Facebook. And then of course there is the use of automated bots, which can be set up by thousands and the way it usually works is through pressing the same message and amplifying it in all of these different layers of outlets. So, something that starts on Facebook and jumps to Twitter and gets amplified and then maybe gets picked up by RT or Sputnik. In the ideal world for the Kremlin, the message gets picked up by mainstream media, including in the United States or elsewhere.

What are the goals of the Russian disinformation campaign?

I think the goals tend to be different based on the event that we are talking about. To give you an example: the recent Skripal attacks that took place in the United Kingdom. The story has been developing over time, and since this spring when we first learned about the assassination attempt, we saw the Russian state-sponsored media in the Russian, English and other languages start to put out dozens and dozens of different narratives to confuse the truth, to confuse the actual story of what had happened. This is one technique that is commonly used to try to obfuscate what is objective, what is subjective, what is real and what is not. What that produces is an environment where individuals question their mainstream institutions, they question their government leaders and this is the ultimate goal to produce a kind of a chaotic, destabilizing, mistrustful atmosphere.

Oftentimes, the Russian disinformation is thought of as four Ds: Dismiss the critic, distort the fact, distract from the issue and dismay the audience. Towards this goal, Russia has embraced contrarian groups in Europe and elsewhere. You have studied populist movements in Europe, to what extent is Russia influencing them?

I would say the actual question is what impact the Russian support has for these homegrown movements and how much does it help the popularity of these kinds of forces. I think this is an important distinction because the Russian state is not a puppet master of global affairs. It cannot just produce social movements or political parties. In democracies, it is the people who vote for these political parties. But certainly, there is emerging evidence that the Russians try to see where their interests align and then try to support destabilizing political forces that polarize societies more. This of course is in the bigger Russian interests – of trying to undermine the West and western unity. What we have seen happen is Moscow’s interesting – strange, bedfellows relationship occur with political parties like the National Front, which has received financing from a Russian-backed bank at one point, as well as with other extremist far right parties like Jobbik. There is also emerging evidence that there was some Russian support for the campaign of the Alternative for Germany (AfD). Clearly, what the Russians have been doing is trying to identify political forces that will destabilize Western unity, and this is why we have seen the emergence of this kind of supporter relationship.

In a way it seems like a variation of what the Soviets used to do. Back then information was also seen as one of the tools to extend power together with diplomatic, economic and military means that required less material costs. Today, when we talk about how we can fight the Russian disinformation, we talk about specific things we can do, however we do not discuss the importance of the broader strategy of deterrence, do you see this as important and do you think Washington has that strategy?

You brought up the idea of active measures which of course is what the Soviet Union did during the Cold War. Today, Russia does not have the same kinds of resources or even the same soft power capabilities that the Soviet Union had, because there was an ideology around the Soviet state that does not exist in contemporary Russia. As a result, Russia is in a much weaker position than the Soviet Union was. This is of course why they have to rely more on these kinds of political warfare tactics to try to either undermine their adversaries or gain influence in various countries that it considers part of its near abroad.

I think, during the Cold War we had a quite effective deterrence/containment strategy against the Soviet Union. Today, the [Russian] strategy is essentially the same, and we, meaning the West and especially the United States, have completely dissolved or dismantled the institutions we used to have to respond to Soviet operations, and as a result, are very far behind. We are far behind in understanding what deterrence looks like in this new digital space and we are far behind in actually devising new tools to respond to this new form of Russian political warfare… I do not see a broader strategic vision in the West against Russia today. What I see are a lot of policy tools like sanctions being used to try to impose costs on Russia, but we are really quickly losing sight of the ends.

You visited Georgia recently. We can say that Georgia is a case study when it comes to the Russian propaganda. Moscow has tested many of its tactics there. Today, we see various pro-Russian groups emerging in Georgia, like the Georgian March. How can Georgia, and countries alike fight with disinformation?

Countries on the front lines like Georgia and Ukraine have a much better understanding of Russian strategies and tools, as they have been fighting this for decades. If we in the West were paying attention to the kinds of tools and techniques the Russians were deploying against Georgia and against Ukraine we would have been much better prepared to respond to what the Russians did in the United States in 2016, or to what they did in the Baltic states and then in Germany, France, UK, and everywhere else basically. Countries like Georgia and Ukraine have been actually relatively effective. I think people have a much better critical lens for knowing what the Russian narrative is. Not everyone, but certainly it is much more deeply ingrained in people than here in the United States. People in Ukraine and in Georgia still watch and read [RT and Sputnik], but they have a much more critical lens. The public awareness is much higher as a result. And the government’s response could be a bit more effective.

However, some politicians, including some presidential candidates, in a way repeat or fit in the Russian narrative.

The case is the same with some political parties in Europe. You have the Czech president for example, you have Orban in Hungary, and you have the League in Italy which has a formal cooperation agreement with the Kremlin. Georgia is not unique in the space anymore where you have parties in power or parties close to power [which are pro-Russian]. Look at the Freedom Party in Austria. The list could go on. I think, oddly enough it is as if western European countries are catching up, and not in a positive way, with what has been the case in places like Georgia and Ukraine. Now you have the political forces that are very explicitly pro-Russian in all of these western European countries.

Russia often presents the West as “morally corrupt” and itself as defender of Orthodox Christian and conservative values. How does the Kremlin tailor messages to the local audiences and how much does it resonate?

I think the Meta-narrative is pretty similar everywhere. The big message is that the west is culturally in decline, that it is under attack by Muslims and Islamic forces, and that the EU cannot protect its citizens. Or that the NATO is an offensive organization that will not come to the defense of smaller countries like the Baltic states. All of these meta-narratives are pretty similar, but once you start taking down to a granular point you get very specific. One obvious and very interesting example to me remains the Liza case which happened in Germany about a year and a half ago. A German girl of Russian background disappeared. The girl then says “Oh, I was sexually assaulted and raped,” but later confesses this was not true. She was at a friend’s house and did not want to get in trouble, but as German police debunked the story, RT picked it up. It was spread on social media and then eventually caused a protest that refugees from the Middle East, Arabs were raping German-Russian teenagers and there was a march to the chancellery. The [Russian disinformation] has real life effects, they have very tailored messages, but they still fit into this Meta narrative of Europe being under attack from Muslim hordes and of government being unable to protect its citizens because democracies are weak. This is one example where a localized issue fits into a much bigger narrative. 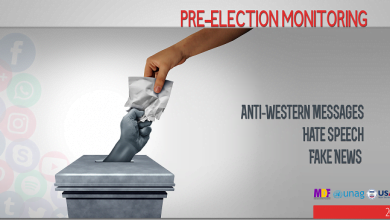 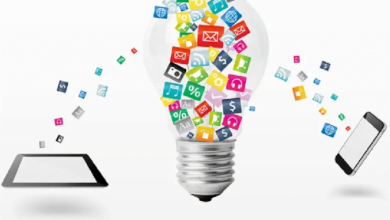