Heads of the governments of the GUAM member states – Georgia, Ukraine, Azerbaijan and Moldova – met in Chisinau on October 5, discussing ways to enhance the cooperation format.

“We shall take efforts to enhance the attractiveness and competitiveness of the GUAM Transport Corridor, as an essential link connecting Europe and Asia,” reads the statement.

“We reaffirm our resolve to ensure the soonest settlement of the unresolved conflicts in the territories of the GUAM Member States on the basis of sovereignty, territorial integrity and inviolability of internationally recognized borders of GUAM Member States,” it also said.

“We are developing our economic cooperation in a very positive way, but at the same time, our assessment is that we are utilizing, maybe, 50% of our economic potential jointly,” he noted, adding that “there is a big room for improvement.”

At the meeting, the four countries also signed a protocol among the customs administrations on cooperation in the field of fight against customs offenses, concerning the movement of goods by air transport across the state borders of the GUAM member states.

Later today, Mamuka Bakhtadze will hold a bilateral meeting with his Moldovan counterpart, which will be followed by signing of an agreement on mutual exchange and protection of classified information. 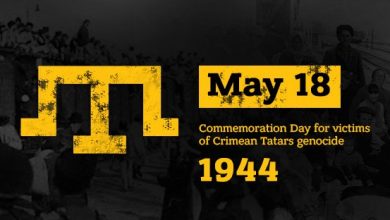