The United States have added Syria to the list of the countries banned from receiving U.S. aid due to its recent recognition of, and establishment of diplomatic relations with Abkhazia and Tskhinvali Region/South Ossetia.

Although largely symbolic, since the Damascus does not benefit from any U.S. direct aid, the move shows the continued resolve of the U.S. State Department to act upon the Consolidated Appropriations Act, its annual budgetary act that prohibits aiding the central government of a country that the Secretary of State determines has recognized the independence of, or has established diplomatic relations, with the occupied Georgian territories.

According to the Consolidated Appropriations Acts of 2017 and 2018, “none of the funds appropriated by this Act may be made available to support the Russian occupation of the Georgian territories of Abkhazia and Tskhinvali Region/South Ossetia.”

In its yesterday’s statement, Georgian Foreign Ministry said the U.S. decision strengthens the non-recognition policy of Abkhazia and Tskhinvali regions, and is “a clear message to the international community that protection of one of the main fundamental norms of international law – territorial integrity and sovereignty – is inviolable and should be respected.”

Similar restrictions were imposed against the central governments of Nauru and Venezuela earlier in 2018, and Nicaragua – back in 2017.

Syria announced its decision to establish diplomatic relations with Abkhazia and South Ossetia on May 29, making it the fifth United Nations member state to have recognized the two regions’ independence from Georgia.

Russia, Venezuela, Nauru and Nicaragua are the only other nations that recognize the two regions’ independence from Georgia. 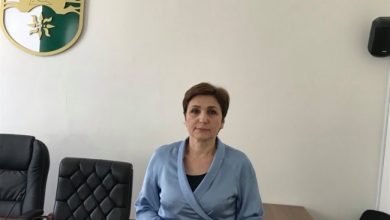