Lawmakers have launched discussions on a legislative bill of the Alliance of Patriots party, which, if approved, would impose criminal liability for “insult of religious feelings,” and desecration of religious sites and symbols.

The draft law, submitted by MP Emzar Kvitsiani last month, was discussed at the parliamentary committee for human rights on April 24, which decided to further scrutinize the bill and to set up a working group for that purpose.

Under the proposed regulations, “public manifestations of hatred” against religious symbols, religious organizations, clerics and believers, and/or “publishing or displaying materials insulting the feelings of believers” will be made punishable with a fine or imprisonment for a term of up to one year.

According to the same bill, desecration of religious sites and symbols will be punishable with a fine or imprisonment for a term of up to two years.

The draft legislation was submitted to the Parliament on March 26, six days after the Georgian Orthodox Patriarchate condemned “the recently increased insults of religious feelings and profanity,” including the “brazen, sarcastic and cynical” Christ-related remark of TV host Giorgi Gabunia.

The Patriarchate also condemned the “immoral insolence” of the Aiisa company, a Georgian custom condoms brand, apparently for displaying on some of its products excerpts from the Knight in the Panther’s Skin, a medieval Georgian epic poem, and Tamar, a female monarch of Georgia, who has been canonized by the Georgian Orthodox Church.

Human Rights Committee: Support “At the Level of Principles”

In his remarks at the committee hearing, MP Emzar Kvitsiani said the bill was designed to address the “increased intensity” of insults of religious feelings and symbols. “Insults of religious feelings are frequent in our country, and for some reason, they are particularly frequent against Orthodox Christians; we are being targeted … they are insulting our Patriarch, which we should not accept,” he said.

The human rights committee chair, MP Sopio Kiladze of the ruling Georgian Dream party, agreed that insults of religious feeling had “indeed intensified,” but stressed that it had increased “not only against Orthodox Christians.” “Recent developments have been particularly disturbing, when orthodox sanctities were depicted improperly, to say the least,” Kiladze added, apparently referring to the Aiisa company.

“Our country has been exemplary with its interreligious tolerance and respect for centuries … it is unacceptable to insult each other on religious grounds, so I fully support that this [issue] should be regulated in some way,” she also said.

Summing up the committee hearing, Kiladze said the ruling party lawmakers supported the draft legislation “at the level of principles,” but added that it would not be voted that day, citing the need for further discussions. She then proposed to set up a working group for that purpose, involving representatives of the Orthodox Patriarchate and other religious groups.

Parliament Speaker Irakli Kobakhidze commented on the matter yesterday, telling journalists that he was ready to engage in the discussions. “What’s important is to elaborate the issue properly, and I am ready to participate in the discussions to that end.”

The bill was strongly criticized by two local CSO groups, who called on the Parliament of Georgia to reject the legislative proposal.

“This goes against both constitutional and international standards of freedom of expression, and represents an attempt to suppress critical thinking in the country,” a group of ten civil society organizations, united under the No to Phobia coalition, said in a statement released on April 25.

The Coalition for Equality, which unites eight rights groups, released a statement as well, urging the lawmakers “to observe the fundamental principles of democracy,” and not to allow “deterioration of legislation concerning the freedom of speech and the freedom of expression.”

“Support of this initiative by the parliamentary human rights committee at the level of principles is equal to neglecting the fundamental principles of human rights, and represents a yet another attempt to openly express political loyalty to the dominant religious institution,” the statement reads.

The Alliance of Patriots was established in late 2012, and has been running on a populist nationalist and socially conservative platform since, simultaneously advocating better relations with Russia. 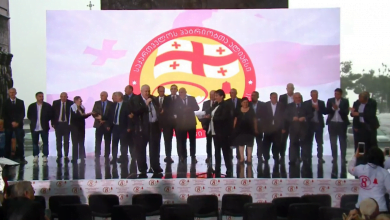 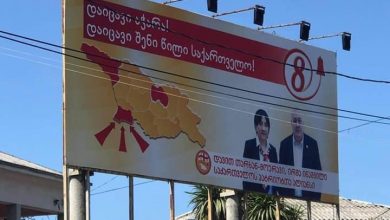 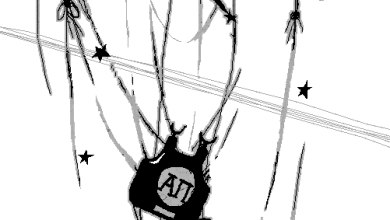