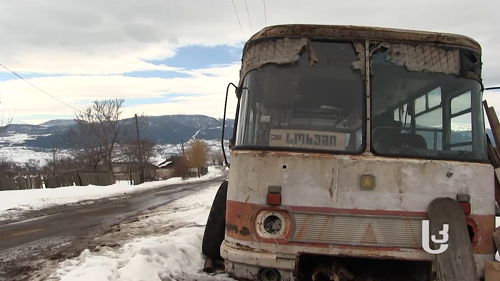 An interesting discussion took place recently on Civil.ge regarding Georgia’s Abkhazia policy. Tornike Sharashenidze has argued that Tbilisi’s policy has been driven by sentiments, rather than by realist calculation and that has been its undoing. In response, Caucasian House’s Giorgi Kanashvili has argued that forward-leaning policies, combined with demonstrated success in development are perhaps insufficient, but necessary condition for creating a positive dynamic of reconciliation.

What has struck me in this debate – as indeed in almost every other debate about Abkhazia – is to what extent the public and expert discourses remain locked in a game of exclusive identities. There are Abkhaz, who by definition are not Georgians, and there are Georgians – who cannot be Abkhaz.

The story of exclusive identities is pervasive across the dividing line. The Georgian radicals will tell you that the people who now identify as Abkhaz have “come from elsewhere” to the territory of the historic Georgian province of Abkhazia. Current Sukhumi authorities have recently set as a policy, that the residents of Gali, Abkhazia’s easternmost province populated almost exclusively by Georgians, are not “really” ethnically Georgian, but forcefully “Georgianized” who should return to their Abkhaz roots, if they are to get their citizenship rights.

Georgians who genuinely seek reconciliation, will tell you that the Abkhaz are “brothers and sisters” – but they are certainly not “us.” The political discourse of “returning to Abkhazia” or “reclaiming Abkhazia” or “returning the Abkhaz” has been commonplace in Georgia, which implies Abkhazia is something external to Georgia proper.

It is my impression from meeting and talking with people from the region, that the identity of Abkhazians has never been so exclusively ethnic-based, but much more complex and fluid.

The game of exclusive nationalisms which started in Europe after the collapse of the vast territorial empires – the Austro-Hungarian and the Ottoman one, continues on the rubble of the former Russian empire, conserved in suspended motion by the USSR. Release of the repressed nationalist charge was handled though political means in the Baltic States, but led to armed confrontation in Moldova, Azerbaijan, Russian Federation, Georgia, Tajikistan.

People with mixed or fluid identities – those from mixed marriages, atheists in ethnic communities that have coalesced around religion, people feeling belonging to their provinces that went beyond ethnic cleavage – have suffered through these conflicts the most.

This was also the fate of the Georgian Abkhazians (Apkhazetis Qartvelebi as they would describe themselves). Many of them lost their homes and livelihoods, and those who spontaneously returned to Gali are still refused basic civil and political rights, including the right to the identity they choose.

As in any secessionist conflict, either of the conflicting parties can go back a convenient number of centuries or years to lay a claim over the territory. But human identities are more complex. And so it was in Abkhazia. Immediately ex ante the onset of the hot phase of conflict in August 1992 people in Abkhazia had a shared identity that was linking them to Abkhazia, the one that was overlapping with their ethnic origin and often over-riding it.

True, the recent political agendas of ethnic Abkhaz nationalists and official Tbilisi been diverging at least since 1978, when the open conflicts flared in the political sphere and in the streets over the official language. But many ethnic Georgians living in Abkhazia identified closely with their province – perhaps at times closer than with Tbilisi. People of all ethnicities that lived there agree, that the capital of autonomous Abkhazia had its own multinational flair and urban culture, which often surpassed the ethnic cleavages.

In the run-up to 1992, the Georgian community in Abkhazia was politically factionalized. The intervention of the State Council troops in August 1992 took place in the context of civil war in Georgia, in which the forces loyal to President Zviad Gamsakhurdia, deposed in a coup in January 1992, were confronted by the Military Council, formed by the victorious warlords.

Prior to tasking its militias to cross the administrative boundary with Abkhazia, the State Council (as the military council was renamed after being joined by USSR’s former Foreign Minister, Eduard Shevardnadze) troops undertook a punitive operation in Samegrelo region, immediately bordering Abkhazia.

We do not have any reliable data, but anecdotally speaking, it seems likely that many Georgians living in Abkhazia would have vehemently opposed an armed action by the State Council, especially after their Samegrelo raids. The eyewitnesses tell, that at least at the outset of armed conflict, solidarity and mutual help between the residents of Abkhazia was common. But as the conflict endured, the ethnic lines have increasingly aligned with the frontlines.

For the Georgians, the Abkhaz conflict was just one of the theaters of the ongoing civil war. For the authorities in Tbilisi, the conflict in Abkhazia was the way to command the loyalty of troops and – in the name of ethnically tinted patriotism – to repress the political groupings that have questioned its legitimacy both in the capital and in Western parts of Georgia.

The Georgian Abkhazians became hostages in this game. Their voices were amplified if they fit the official line, but never solicited or heard if they did not. Their nuanced view of identity was not politically relevant.

The dramatic end of the conflict, the violent sacking of Sokhumi and the torturous flight of IDPs has hardened views and has deepened cleavages between the Abkhaz and Georgian Abkhazians. But the integration of the Abkhazia IDPs in the rest of Georgia has been particularly hard precisely because of the newcomers’ fluid identity, expressed in mores, language, and habits of their home province.

In Abkhazia, the victory of exclusive ethno-nationalism got embedded in political structure. The nationalism of Georgia proper has not been less virulent, but gradually, as the country has took on international obligations, most importantly under the European Convention of Human Rights and has endeavored to move closer to Europe institutionally and legally, the laws and habits have gradually become more inclusive.

No such change has occurred in Abkhazia, where victor’s justice still reigns supreme. After 2008, the harmonization with Russia’s repressive legislative space and brutal administrative practice seem to be making things worse for Gali residents.

What is to be done?

This is a problem of multiple layers and it requires several areas of response.

The problem of mixed identities warrants extended academic and public discussion, which can be more properly led by Georgian think-tanks, non-governmental and academic institutions. This debate shall involve the Georgian Abkhazians – displaced persons from Abkhazia – as key actors in analyzing and discussing their identity. This debate can form a crucial part of reconciling with the past, helping Georgians to construct the mental landscape for moving beyond the war narratives and the short-sighted peace-building recipes that were inspired by post-conflict trauma.

Helping the IDP communities residing in Tbilisi and elsewhere in the country to re-gain their voice is a complicated matter, after all the years that have passed from their displacement, following the disenchantment with “Abkhazia Government and Supreme Council in-Exile” which lost touch with the community, and more broadly, with the readiness of Georgia’s body politic to listen to their concerns. To avoid political “ghettoization” of the displaced persons, inclusive ways must be found for bringing their opinions back into the political mainstream.

When it comes to Gali, the concerns are immediate and pressing. On the level of public policy, acknowledging the Abkhazian identity of Gali residents shall mean a stronger emphasis on empowering their political and civic self-expression, allowing them to assert themselves as both Georgian and Abkhazian, without having to make devastating choices for themselves and their children. To be effective, this should be done without prejudice to what their opinions might turn out be. Georgia’s international partners should help compel officials in Sukhumi that the international community will vocally protect the right of Gali residents to express themselves.

The basic starting point is to acknowledge that these people have unalienable right to identity, as well as civic and political rights, which shall be expressed within the consensual institutional frameworks. These rights are protected by the European legal space – such as the European Convention for Human Rights – of which both Georgia and Russia (the power in effective control) are parts of. Georgia shall put promoting effective and real self-governance in Gali on the top of international agenda.

To mitigate the threat of political backlash from Sukhumi, progress on this issue can be understood as an opening for tangible confidence-building efforts and higher engagement of the international organizations in supporting local governance.

Jaba Devdariani worked for OSCE in the Balkans in 2003-2012 and for the Georgian Foreign Ministry in 2012-2013. He now advises governments and international organisations on conflict mediation designs. He is one of the founders of Civil Georgia.