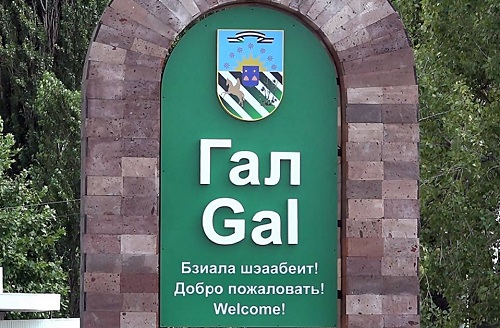 Malkhaz Toria, PhD in History, is an associate professor and the Director of the Memory Studies Center in the Caucasus at Ilia State University.

Ethnic Georgian residents of Gali district of Abkhazia who unofficially returned there after forced displacement in 1993 when Tbilisi lost control over the region have been posing an existential challenge for the Abkhaz national project that claims ethnic ownership of this area. The issue whether Gali Georgians should be fully incorporated into the “state” or treated as a potential fifth column has been hanging like a sword of Damocles over the heads of the local authorities for more than two decades.

Gali Georgians have been living in a limbo with their legal status in their home district being complicated or undefined. However, the recent so-called “Law on Foreign Citizens” categorizes Gali residents as foreign citizens with a residency permit.

While this “legally” allows for long-term stay, the law strips Gali population of the right to vote, work in local administration, and, what is more important, prevents them from purchasing property, which the law grants as a priviledge reserved for Abkhaz citizens only.

Still, as it appears, the legal complications regarding their identity are far from over for Gali residents. Currently, it seems the Abkhaz “identity engineers” found a novel solution to their political dilemma. The de-facto government launched the campaign of granting citizenship to those Gali residents who agree to return to their “Abkhaz ethnic roots” – that is to say, identify themselves as ethnically Abkhaz.  This new twist is worrying, since it goes beyond the legacy of conflict, or a particular perception of security concerns allegedly posed by the Gali residents. It is an attempt to force onto Gali residents the historical imaginaries of the Abkhaz elite.

Some Abkhaz historians claim that Abkhazia has never been a part of Georgia. They portray the history as a permanent competition with ethnic Georgian rivals; they say ethnic Abkhaz always were a dominant part of the population, while Georgians came to Abkhazia in the wake of the region’s colonization in 19th and 20th centuries, assimilating the Abkhaz in historical “Samurzakan” – much of which now forms the Gali district.

Thus, ethnically homogeneous Gali district of Abkhazia, where Georgians constituted the majority is portrayed as the main „bridgehead” for historical expansion of Georgians. Hence, the forced displacement of ethnic Georgians during the armed conflict is seen by these ideologues as the expulsion of migrated colonizers to their “historical homeland” – beyond the Enguri river.

According to this approach, it is postulated that the ancestors of at least part of the Gali population might have been ethnic Abkhaz at some point in the historical past. This “scientific” pretext is used for the political instrumentalization of history to conform with complex reality: many Abkhaz, including politicians, have Georgian last names but identify as ethnic Abkhaz, and their identity was never questioned by local ideologists.

To support the new drive for “reclaiming the lost identity” the so-called “Council of the Abkhaz of Samurzakan” was established, which held a couple of performative events in July 2017. Its members passed the resolution, calling all residents of “eastern Abkhazia” whose names, as they put it, “were changed during the Stalin period” to return to their historical roots. The resolution also appeals to the Abkhaz government to facilitate this process.

The de facto president Raul Khajimba sent an address to one of these gatherings where he noted that in fact, people of Gali are ethnic Abkhaz who were forced to identify as Georgians. However, he noted that “the historical memory is alive” and restoring the forgotten Abkhaz ethnic identity is “an ongoing and irreversible process” in Gali district.

During one of the Council meetings Abkhaz citizenship was granted to those 31 Gali residents who expressed their willingness to “restore” their ethnic identity. Plans were voiced to establish boarding schools in Gali where priority would be given to teaching the Abkhaz language and literature and the history of Abkhazia.

These efforts to “wake up” part of the Gali population from “the national slumber” and restore their “true identity” send a clear message to local residents that their legal status and civil rights are directly linked to their ethnic belonging. Either they switch to Abkhaz ethnicity and get citizenship, or maintain their Georgian identity and can apply for the residency permits as foreign citizens.

These ethnocentric criteria to value people depending on ethnic belonging is a clear manifestation of how historical myths are used to deal with the unwelcomed part of the society. Being in contravention with all international legal standards pertaining to human rights, ethnic or national identity and citizenship, Abkhaz political regime remains to be based on the ideology of ethnic exclusion.