Former Georgian President Mikheil Saakashvili posted his Kyiv-Tbilisi flight ticket on social media late on September 27, announcing his plan to return to the country in the evening after local elections polling stations close on October 2.

The ruling Georgian Dream party leaders warned Saakashvili, wanted on multiple charges, will face jail. But MP Tamar Chakrviani has established a group which she claims garnered some 100,000 supporters to help prevent the ex-President’s detention.

However, Saakashvili’s announcement has triggered mixed remarks from the opposition.

Below is a compliation of the remarks:

MP Khatia Dekanoidze, United National Movement: “The third President of Georgia, who has contributed greatly to this country’s history, has the right to peacefully return to Georgia… Political [politically motivated] cases, fabricated by the Georgian Dream and politically ordered by the Russian Federation, certainly cannot determine Mikheil Saakashvili’s status in Georgia.”

MP Giorgi Vashadze, Third Force – Strategy Aghmashenebli: “These elections are about changing the government, and not about whether Mikheil Saakashvili comes back, so let’s concentrate on the main goal – how to get to snap [parliamentary] elections. I think such actions do not lead to an environment where a large number of Georgian citizens decide to change the government.”

MP Iago Khvichia, Girchi: “Even after he [Saakashvili] booked the ticket, I am still looking for the [United] National Movement members willing to bet with me for 1 million Georgian Dollars [a cryptocurrency issued by Girchi party] that Mikheil Saakashvili will not return to Georgia… If he does arrive, we will escort him to the place he wants with a Porsche.”

Grigol Gegelia, Lelo: “Naturally, the Georgian Dream will try to exploit the potential arrival of Mikheil Saakashvili, including to intensify pre-election mobilizations using Saakashvili’s fear factor. It cannot matter to us where President Saakashvili will be.”

Giga Bokeria, European Georgia: “For me, for a citizen, for our team and, in my opinion, for the society as a whole, the objective does not change depending on what Mikheil Saakashvili does, whether he arrives or not. The national goal is to defeat the [Georgian Dream founder Bidzina] Ivanishvili regime through the October 2 elections. In my opinion, any other conversation during the last five days [before the poll] is a loss of that focus.”

Nino Burjanadze, Democratic Movement – United Georgia: “Whether they put him in jail or not, [Saakashvili’s arrival] is a misfortune for Bidzina Ivanishvili and the Georgian Dream. It is crucial however that everything happens in a way that will not produce problems for the country, and that we all resolve this critical period in our country so that this process ends peacefully.” 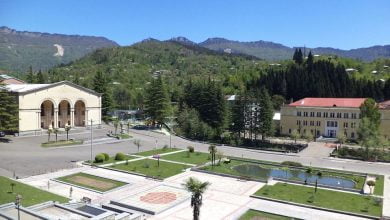 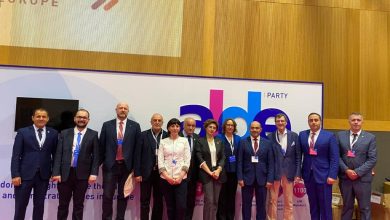