Irakli Sesiashvili has served as the ruling Georgian Dream MP since 2012. Between 2012 and 2020, he served as the Chairperson of the Parliament’s Defense and Security Committee. From 2006 until 2012, the senior lawmaker was the director of the Justice and Liberty Association – a military servicepersons rights organization. In 2004, he was the department head of the Public Defender’s office.

PM Garibashvili’s freshly-appointed foreign investment adviser Vazil Hudák served as the Vice President of the European Investment Bank from 2016 to 2019, while earlier in 2015-2016 he worked as the Slovak Economy Minister. Since 2019 Hudák is the financial advisor of the Czech National Development Fund and a member of its National Investment Committee since February 2021. 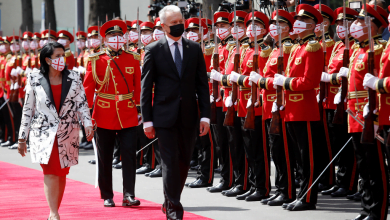