The centennial anniversary of the Soviet occupation induced discussion in Georgia about the Soviet past, distinctly demonstrating that the opinions about the Soviet Union still differ in the society. As some experts argue, the Soviet Georgia is a largely understudied topic that requires a deeper assessment from the different segments of the Georgian public, most importantly, the academic institutions.

Q: On February 25 Georgia marked 100 years since the Soviet takeover of Tbilisi in 1921, and the subsequent fall of the Democratic Republic of Georgia. What are the prevailing opinions in Georgian society today regarding the Soviet past and legacy?

Irakli Khvadagiani: Due to the scarcity of concrete research, we cannot precisely assert the public attitudes toward the Soviet legacy. There were only two or three general surveys that insufficiently incorporated questions about the Soviet past, Stalin’s cult, and its impact on today’s Georgia. Therefore, what we can tell are mostly derived from the personal observations and the practical experience of the scholars working in this field.

What we can observe is that the attitudes are ambivalent, split, and self-contradicting. There is a certain nostalgia for the late Soviet Union, especially from the generation which lived in that period and also witnessed the catastrophe of the 1990s. Against this background, these people romanticize the relatively “peaceful and normal” life of the late Soviet Union.

However, no one can deny the atrocities of the totalitarian regime, as the information about the scope of this violence is easily available. Thus, there are people who, on the one hand, have read or heard about, or encountered this violence in their families, but, on the other, are still influenced by the personal experience of the Soviet Union. These people, who have contradictory, hybrid attitudes, reflect instinctively, failing to connect different elements of the regime, mostly due to the scarcity of discussions about the topic.

For instance, in a sociological survey on Stalin, conducted in Georgia, more than 40 percent of the interviewees expressed positive views about the leader of the Soviet Union, however, the majority of the same people also said that they would not live under Stalin’s rule.

Q: Why are the Georgians unable to reach a national consensus on the Soviet past after three decades since independence?

Irakli Khvadagiani: There is no consensus because of the absence of discussion in society. There is an obsessive focus on several dates and events when people remember the 70 years of the totalitarian history. It is difficult to talk about any consensus, where there is no discussion, or exchange of opinions.

Q: How do you see the role of the state in forming this national narrative?

Irakli Khvadagiani: Since the formal end of the Soviet Union, the state did not make any systemic steps to assess the Soviet past and investigate the atrocities. The situation in the academic sphere, including schools and universities, about the Soviet Union and Georgia’s modern history in general, is also deplorable.

The specialists and organizations working on modern history, including the Soviet past, are also rare, but they still progress in accumulating important knowledge about this period. However, the scope of this knowledge could have been greater, had the state acknowledged the importance of the issue, funded the research, and refrained from creating additional obstacles, including organizational, financial, or bureaucratic ones.

For instance, our organization experienced ridiculous difficulties in conducting the “The Last Address” project, aimed at commemorating the victims of Soviet terror by installing metal memorial plaques to buildings where they lived at the moment of their arrest. Noteworthy also how the state operates the Stalin Museum, refusing any ideas and initiatives of its transformation into a place that would be a vivid manifestation of real Stalin and totalitarianism for the whole region, post-Soviet space, and the rest of the world.

Furthermore, the state does not support the research institutionally, provide financial assistance, or encourage the universities to examine this subject deeper. The interested groups of scholars face severe and absurd bureaucratic obstacles, including restrictions on the archives, difficulties making copies of the documents, and high prices of the service. These restrictions are illogical and far from any international regulations and standards.

Q: What were the sociopolitical benefits making a particular segment of the Georgian population nostalgic for the Soviet Union?

Irakli Khvadagiani: Mostly, this nostalgia is derived from the romanticization of the Era of Stagnation, portraying the Soviet Union of this period as a fair and welfare state. In fact, despite the relative softness of the regime compared to the previous periods, nothing principal from the time of Stalin changed in this era – the violation of civil rights, restriction on freedom of movement, absence of freedom of speech – all remained the same.

Furthermore, a thorough examination of these nostalgic people’s memories of the social security, economic guarantees, and prosperity in the Soviet Union shows how imaginary this social welfare was due to its corrupt and unfair nature. This fake welfare state system, based on an unhealthy economic model, augmented the collapse of the Union in the 1980s. The state suffered from a total deficit and starvation, while exactly these nostalgic people were the ones protesting against the regime. Lack of serious research in this direction keeps these inertial attitudes alive.

Unfortunately, in today’s Georgia, some communist-inclined or radical left young people also repeat this rhetoric, while trying to accentuate this period of the Soviet Union and portray it as a social-welfare state.

There are some myths about Soviet social security that have been repeated over and over in Georgia. For example, people often hail the housing policy of the Soviet Union, stating that “everyone had a house.” This is far from reality as the heavily regulated housing system was deeply flawed. People could change their place of residence only if the state permitted this according to its migration policy or infrastructural projects. The state provided houses only for certain segments of the society, and this process of free apartments was frequently conducted through corruption, endless queues, and bribes.

Moreover, there is a wrong assumption about the social benefits of collective farming, which in fact was a haven of forced labor. The people working in utterly unproductive and corrupt Kolkhoz were on the verge of starvation unless they simultaneously developed private farms in their households. This self-destructing economic system, along with exceptionally expensive total militarization and space race, dismantled and exhausted the state, which was unable to survive even with enhanced violent methods. We have witnessed the violently squashed anti-Soviet demonstrations and a failed coup d’état aiming to restore the old communist system, however, the regime was already doomed.

These are the frequently neglected factors about the Soviet Union in our society.

Irakli Khvadagiani: The resurrection of the Soviet Union in its old hypostasis is impossible, however, the fears of the Soviet regime still persist. These fears, in my opinion, are connected to the fact that independent Georgia could not create an ideal alternative to the Soviet Union instantaneously, as many Georgians expected before the fall of the regime. On the contrary, there are symptoms that we resemble the post-Soviet countries like Belarus, Russia, and others that maintain the power-oriented, resource monopolizing, violent formation deeply rooted in the Soviet nature.

On the other hand, Russia, as a successor country that perceives the region as its sphere of influence, still preserves the forceful structures. The Russian state poses a threat to the Georgian sovereignty and national interests, while the people fearing the Soviet Union see a close resemblance between the USSR and modern Russia. 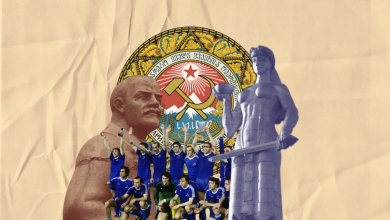 Insight | Soviet Occupation Centennial Reminds of the Unresolved Past 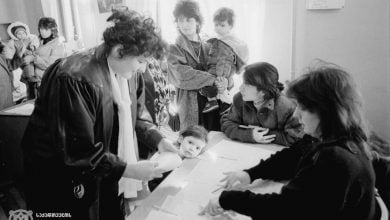