On October 29, the International Society for Fair Elections and Democracy (ISFED), Transparency International (TI) Georgia, and the Georgian Charter of Journalist Ethics released a joint assessment of the pre-election environment ahead of Georgia’s October 31 parliamentary elections. According to the report, supposed misuse of administrative resources, alleged activist and voter intimidation, instances of physical confrontation, polarized media environment, and possibly corrupt campaign finance remain to be key challenges to the pre-election environment.

Noting that the government carried out large-scale social projects following the declaration of the state of emergency due to the outbreak of COVID-19, the report underscores that the boundary between state and the ruling Georgian Dream party was blurred during the implementation of social projects.

According to the local watchdogs, they have been made aware of over 80 instances of observer intimidation, threats and dismissals from office during the pre-election campaign. The report notes that observers received “a vast amount of information” on the surveillance of opposition’s local activists, adding that representatives of law enforcement agencies were reportedly deployed in regions to mobilize voters for the ruling party, using intimidation and threats, if necessary.

The watchdogs claim observers have revealed over 20 instances of physical confrontations and assaults on party offices, adding that the clashes in the Marneuli Municipality between the opposition United National Movement (UNM) party and GD, leading to an assault on journalists, was particularly concerning.

The report also takes note of the October 7 detention of former members of the State Commission on Delimitation by the Prosecutor’s Office over ceding lands to Azerbaijan, describing the detention as a politically motivated attempt to discredit UNM ahead of the elections.

“There have been over 60 instances of different political parties and candidates handing out physical goods or providing services to voters”, the report also reads, adding that ruling party candidates make up for most of the alleged vote-buying instances.

The watchdogs also call into question public awareness on special voting procedures for voters in self-isolation and quarantine, given that the Central Election Commission (CEC) adopted a Resolution on the matter only 12 days prior to the election, while also limiting the registration deadline for requesting mobile ballot box service. 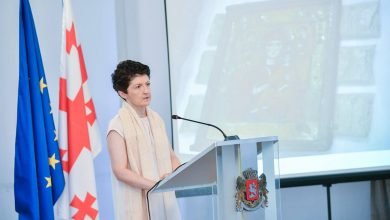