Georgian President Salome Zurabishvili and Prime Minister Giorgi Gakharia have reacted to the alleged murder plot targeting Mtavari Arkhi TV anchor Giorgi Gabunia, disclosed by security services on June 15. The general tenor of the statements was to decry foreign interference, congratulate the Security Services and warn of political manipulations. Neither of the top officials, neither the Foreign Ministry statement refer to Russia’s alleged role.

President Zurabishvili said in a statement of June 16 that “an individual and his/her life is the ultimate value,” which is ensured by the Georgian constitution. Zurabishvili – “as a President and the warrant of the constitution” – thanked the State Security Service for preventing “timely and highly professionally” an attempted murder.

According to the President, “we are dealing with a criminal and provocative action targeted against the country’s stability.” “I think, stability in our country, effective fight against the epidemic, and irreversible democratic development might be irritating a lot,” Salome Zurabishvili said.

Noting that the would-be perpetrators hailed to achieve “such a destructive goal,” President Zurabishvili said Georgia has confirmed that it has “the capacity to maintain stability, to resist provocations, and to walk peacefully to upcoming elections.”

PM Gakharia also told the Georgian Public Broadcaster that it is the supreme obligation of the state, and law enforcers, in particular, to investigate crimes committed against Georgian citizens, especially well-known journalists, “in the shortest possible time” and to provide this information “openly, absolutely transparently” to public.

Gakharia then added that as the investigation is still underway “we should have sufficient patience, wait and make all types of assessment afterwards.” He noted with regret, that not only the prevention of “such a serious crime” but “much easier cases” are followed by “political speculations” in Georgia.

„It is clear that we are now in the election race, the temperature of the political process is increasing, everyone will try to use this issue for their narrow political and corporate interests,” Gakharia said, adding that every word, action and assessment can hinder the investigation.

Hailing the “high professionalism” of the Security Service for preventing “the most serious crime,” the Georgian Foreign Ministry also said that the state protects the lives and rights of every citizen, as well as ensures the supremacy of law.

Gvaramia alleged that an a Russian national from the North Caucasus was sent to Georgia to murder Gabunia on Chechen leader Ramzan Kadyrov’s orders.

As stated by the State Security Service, a Russian citizen was arrested on charges of purchasing and using forged documents. The agency said the suspect was also investigated for plotting a contract killing.

CSO: Amendments to Law on Information Pose a Threat 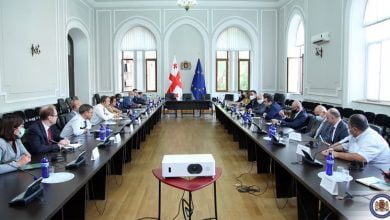 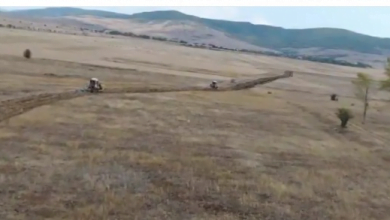