Georgia’s presidency of the Committee of Ministers of the Council of Europe (CoE), a 47-member intergovernmental organization, has come to an end after concluding a six-month tenure.

Georgia handed over the chairmanship to Greece on May 15 at a video-conference meeting with representatives of the CoE member states.

Georgia, which joined CoE CoE as its 41st member on April 27, 1999, officially took over the presidency of the CoE Committee of Ministers from France last November. The Chair of the Committee of Ministers is held for a term of six months in turn by the representatives of the members following English alphabetical order of the member states’ names.

Georgian Foreign Minister Davit Zalkaliani, who presented the stocktaking of his country’s presidency, said the country was at the helm of the Committee of Ministers in the “hardest time” amid the  COVID-19 pandemic, which, he noted, has proven to be “a serious challenge,” though CoE activities had gone “unhindered.”

Had an honour of handing over the #CoE Presidency to Greece. Wishing every success to my Greek colleague during the chairmanship. Grateful for the CoE for fruitful & valuable cooperation that led to the further strengthening the relationship pic.twitter.com/B8BYgWXw5W

Georgian Prime Minister Giorgi Gakharia highlighted that Georgia’s CoE presidency has been a success, despite the global pandemic, and the country has received “high assessments” on the international level.

The CoE Secretary General Marija Pejčinović Burić noted in a video address that in the past six months Georgian presidency organized “a wide range of events in important areas from civil participation in decision-making to child-friendly justice, education and youth.”

According to the CoE Secretary General, the COVID-19 pandemic “was and continues to present a major challenge for us all.” However, she said, “the Georgian presidency managed the challenge in a very efficient way and supported new working methods for the organization.”

President of the Parliamentary Assembly of the Council of Europe (PACE) Rik Daems noted that twenty years ago Georgia became a full member of the CoE “defending, together with us, human rights, rule of law, and democracy.”

Today, 🇬🇷 took over the Presidency of @coe Committee of Ministers from 🇬🇪. I praised the Georgian Presidency for having put the issue of environment and HR at top of our agenda & welcomed the focus of the Greek e-Presidency on #COVID19 and the respect of HR, democracy and RoL.👏🏼 pic.twitter.com/1sBQsDbDFf

Daems said, Georgia “did a great job” during its six-month presidency, as in time of COVID-19 “the management of the Committee of Ministers is not easy.” He added that the “real legacy is the fact” that Georgia was able to connect environment to human rights,” which “will be carried over” into the Greek presidency and into the German one.

Head of the European Union Delegation to the CoE, Meglena Kuneva also noted that Georgia showed “strong leadership, and respect for human rights, democracy and the rule of law.” 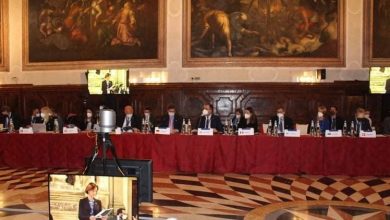 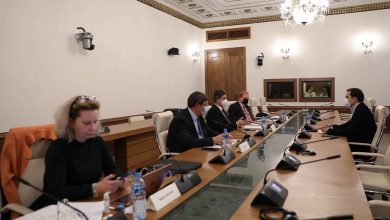 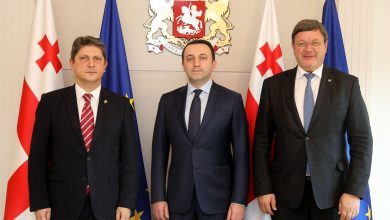