The founder and former Board Chair of TBC Bank, Mamuka Khazaradze and his Deputy Badri Japaridze spoke of “new repressive measures” against them at a news briefing on August 27.

According to Japaridze, the Financial Monitoring Service of Georgia (FMS) has informed the “relevant body” in the UK that Khazaradze and Japaridze are charged for alleged money laundering [in Georgia], and that their finances in the UK might be of “criminal origin.”

Being addressed by the state authorities from Georgia in the frames of anti-terrorism cooperation, the relevant British authorities would consider it as a serious notice, Japaridze said, adding that the British cannot imagine the state body being used as the tool for political persecution. He further noted that this action aims to “block” their “legal finances” in the UK.

Japaridze said they are ready to cooperate with the British services to prove them “the legality” of each pound of their finances. “We also want to inform the [relevant] services of our friendly countries that in our country – Georgia – the state services are being used as tools for political persecution today,” Japaridze stated. Therefore, he said, the requests those countries receive from Georgian authorities “should always be double-checked.”

From now on, we are starting to shame-blame all those services through embassies of all our friendly states, which are being used for carrying out, what we believe are, absolutely criminal actions,” he said, calling on the embassies of UK, US and all EU-member states, to be “actively engaged in the entire process.” “The biggest tool that we have is the truth and transparency,” Japaridze said.

He also added that it would be “very useful if the representatives of the relevant bodies of our friendly states engage in studying the criminal and unfounded charges” against him and Khazaradze, give their due assessment, and avoid “misleading the society.”

Japaridze pledged to fight for the future of Georgia more actively and to change the existing reality, which is “absolutely unacceptable and kills the future of this country.” He added “we are not afraid, we are accepting this challenge.

On Anaklia port and public movement

On his part, Mamuka Khazaradze spoke of the Anaklia Deep Sea Port project. He said his team works day and night to bring this project “to victory,” and finish negotiations with relevant corporations. “We will build Anaklia by all means, either with or without you,” he allegedly addressed the Georgian officials.

Khazaradze said neither in Anaklia project nor in TBC Bank, he and Japaridze had the control package, but only “minority assets,” as they are “team players, attracting various new investors, new partners to make this country diverse.”

Considering “so many questions” around the Anaklia port, Khazaradze invited the ruling party chairman Bidzina Ivanishvili to participate in the televised debates “to talk openly” around the project, its preconditions, negotiations, “to once and for all” ensure direct communication, and report to people.

Khazaradze also said that “a huge army of youth, professionals, who do not want to live in such a hopeless country” are joining his new public movement. He stressed that no leading politicians can be considered in his new movement. However, technocrats and professionals, as well as those, who, in different times, took part in “rebuilding the country,” have worked at different ministries, are welcome.

Tbilisi City Court ruled that Khazaradze and Japaridze have to post a GEL 700,000 bail each after being charged in a money laundering lawsuit. They also won’t be able to leave the country without the prosecutor’s permission.

The ongoing investigation into TBC Bank was made public in January 2019 following the media reports that the Prosecutor’s Office seized case-related documentation from the bank.

Khazaradze immediately denied the charges, claiming the legality of the said transaction was inspected multiple times by the local and international fiscal authorities and no “red flags” were raised. He then said the bank was suffering an “orchestrated” political attack.

Developments around TBC Bank have brought into question the fate of the Anaklia Deep Sea Port project, a USD 2.5 billion investment on the Black Sea coast in Zugdidi Municipality not far from Abkhazia, where Mamuka Khazaradze’s TBC Holding is the leading partner.

The Anaklia Development Consortium, a joint venture of TBC Holding and U.S.-based Conti International, was awarded the contract to build and operate the deep sea port in 2016; construction works commenced in December 2017 and are currently underway.

Khazaradze linked the TBC case to the construction of Anaklia port, suggesting that the purpose of the investigation could be to squeeze him and Japaridze out of the project.

In July, Khazaradze announced his plans to set up a new public movement in September aimed at “uniting the country and maintaining its independence and liberty.”

For more information, visit our tag on TBC Bank. 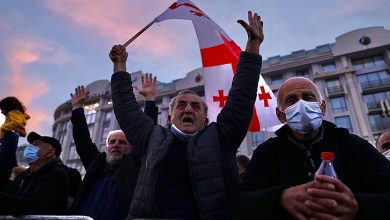 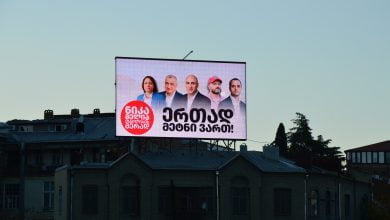 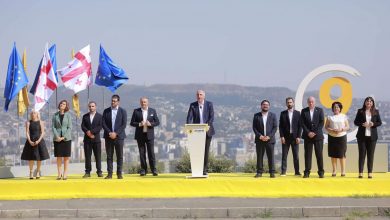