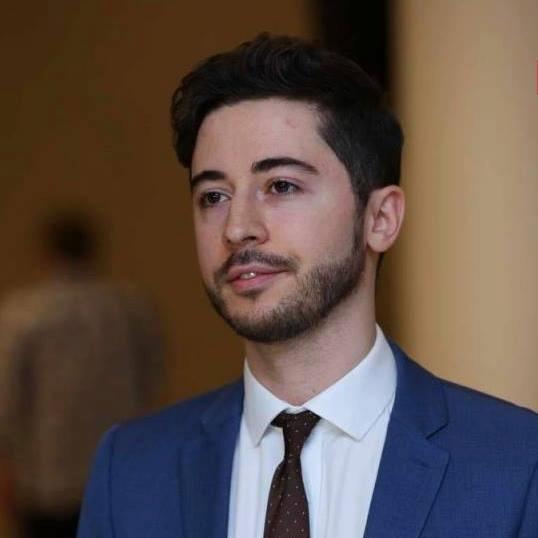 I met Amiran Gugutishvili, a 71-year old farmer in the village of Gugutiantkari in Georgia, in March 2018 when I was visiting the administrative boundary line of the breakaway South Ossetia/Tskhinvali Region. Amiran showed me his apple orchard, to which he had lost access as a result of the Russian efforts to physically mark the administrative boundary line between the breakaway region and the rest of Georgia. “Every year I used to harvest more than a hundred boxes of apples and sell them. The profit was enough for my family to survive. Now I cannot access my garden. Russian servicemen installed a state border sign there. I still pass by it sometimes to look at my apple trees through the fence”, he told me, his voice full of distress.

The loss of the apple orchard took a heavy toll on the economic situation of Amiran’s family, who never really recovered from the burning down of their house during the Russian-Georgian war in 2008. Amiran’s family members remembered with disbelief just how much they went through during those years. They lost access to the orchard in 2017, when the Russian servicemen detained Amiran for crossing the “international border”. Amiran’s relatives explained that there were bruises all over his body when he was returned to the Tbilisi-controlled territory after five days of detention in South Ossetia/Tskhinvali Region. Amiran said that the Russian servicemen had beaten him during detention.

Like Amiran, thousands of others are suffering as a result of “borderization”­ – the Russian-led effort to set up and physically mark an “international border” along the administrative boundary line between the breakaway regions of South Ossetia/Tskhinvali Region, Abkhazia and the rest of Georgia. Communities are now separated from each other and the land that used to support them. Villagers, some of whom live in the poorest parts of the country, have lost access to their livelihoods: to their pastures, farmland and orchards, to sources of water in the summer, and firewood for the winter. They are cut off from their relatives and from cultural and social life. As of late 2018, at least 34 villages have been divided by fences installed by the Russian forces. It is estimated that between 800 to 1,000 families in total have lost access to their agricultural lands.

“Borderization” is affecting communities on all sides of the conflict. People on both sides of the administrative boundary line seek to cross the line for various reasons, such as to tend their agricultural lands, to see relatives, to trade, to access medical care, education or social benefits, and to visit graveyards or religious buildings. However, the Russian and local de-facto authorities consider it to be illegal to cross outside the limited number of designated crossing points and without proper documentation, which is often hard to secure. As a result, hundreds of people are being arbitrarily detained every year. This includes, in the case of the South Ossetia/Tskhinvali Region, more ethnic Ossetians who try to visit the “border zone” or the rest of Georgia than Georgians who try to cross into the breakaway region.

The human rights situation in Georgia’s conflict-affected regions can be summed up as being nothing short of devastating. When I visited the administrative boundary line, I saw poverty-stricken villages surrounded by daunting military and security infrastructure. Houses, farms and even cemeteries were cut off from the adjacent villages through barbed wires, metal fences and ditches. Russian border guard bases and surveillance towers were haunting the landscape.

For the world outside Georgia, the Russian-Georgian conflict is primarily a political and security problem. However, amidst the issues of territorial integrity, self-determination, ethnic conflicts and reconciliation rests a dire humanitarian reality, because of which thousands are suffering. For Amiran and his family, much like for many others, the conflict affects their daily lives, which are strangled by the encroaching barbed wires.

Russia holds the primary responsibility for the human rights violations and the humanitarian situation in Georgia’s conflict-affected regions. Regardless of which side of the conflict one sides with, it is a fact that Russia exercises effective control over Abkhazia and South Ossetia/Tskhinvali Region through having stationed there thousands of troops, funding the de facto entities’ state budgets and influencing parts of public administration. As such, it must respect its obligations under international human rights and humanitarian laws in these territories.

Conflicts between Georgia and Russia, and between Georgia and the de facto entities, are unlikely to be solved in the foreseeable future. Many Abkhaz and South Ossetians do not want reintegration into Georgia, demanding nothing short of recognition of their independence from Tbilisi. Georgia, on the other hand, wants to preserve its territorial integrity and ensure the return of hundreds of thousands of ethnic Georgians who have been forced to leave Abkhazia and South Ossetia/Tskhinvali Region. We must ensure that this deadlock in conflict resolution does not prevent innocent civilians from exercising their human rights.

The only practical way forward is to separate humanitarian issues from political ones, to the extent that this is possible. Russia and the de facto entities must allow a regime which guarantees freedom of movement and other basic rights to innocent civilians like Amiran, who happen to be living in the conflict-affected regions. Russia has the capacity to ensure this without necessarily changing the military situation on the ground.

There have already been isolated attempts to broker local access arrangements. In 2011, in the village of Kveshi, an informal gentleman’s agreement was reached between South Ossetia/Tskhinvali Region representatives, Russians and the Tbilisi authorities. It was decided that locals from the Tbilisi-controlled side would be able to access their farmlands, which had ended up on the other side of the administrative boundary line. Although this arrangement was eventually terminated, such arrangements could be repeated. By agreeing to them, Russia would effectively honour its international obligations.

It is therefore critical that international mechanisms are given full access to the conflict-affected regions in Georgia. This has been lacking since 2008. A recourse to international mechanisms is especially crucial for ethnic Georgians who live on the other side of the administrative boundary line in the Gali and Akhalgori districts of Abkhazia and South Ossetia/Tskhinvali Region, and are subject to discriminatory measures introduced by the de facto authorities. The European Union Monitoring Mission (EUMM), despite being indispensable for monitoring, is limited in its operations because of its lack of access to Abkhazia and South Ossetia/Tskhinvali Region.

The world must stop treating the current human rights and humanitarian situation in Georgia’s conflict-affected regions as a fait accompli. As we observe yet another anniversary of the Russian-Georgian war, the international community must be more active and creative in finding effective mechanisms to put pressure on Russia. Russia has to understand that as long as it keeps its troops in Georgia, it must respect human rights of local population.