The Georgian Orthodox Church released brief statement on June 19, distancing itself from “any aggressive statements made by both clerics and the parishioners.”

It started by noting that recent developments related to “the so called LGBT Pride” have made the situation in the country “extremely tense” and that the Patriarchate has already expressed negative attitude towards the Pride.

“We call on the clerics to refrain from holding unauthorized [news] briefings, making public statements without prior consultation [with the Patriarchate] as well as from any actions that go against Christian teachings,” the statement reads.

As the Patriarchate was releasing its statement, it became known that Tbilisi Pride leaders received death threats via mobile phone and Internet messages.

Police is investigating the threats under article 151 of the Criminal Code of Georgia, which penalizes threat of death, bodily injury or destruction of property and foresees punishment by a fine or community service from 120 to 180 hours, or corrective labor for up to a year, or imprisonment of up to a year.

On June 14, the Georgian Orthodox Patriarchate issued a statement, calling Tbilisi Pride of June 18-23 “absolutely unacceptable” and a “sodomite sin”, calling on the government “not to allow” it.

In response to the Patriarchate’s statement, LGBTQI rights activists and radical groups held counter rallies. On June 16, homophobic groups led by Levan Vasadze held another rally and announced about formation of the vigilante patrols against Tbilisi Pride and gay individuals. 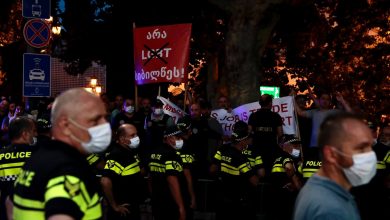