This is a partner post from the Georgian Institute of Politics

What are the chances that the EU visa suspension mechanism will be used against Georgia? Several EU member states have expressed their concerns that Georgian citizens are misusing it.

France, Austria, Germany and Sweden in particular have reported an increased number of violations – a higher number of unfounded asylum applications – since Georgia received visa-free status.

While regular meetings do take place between Georgian and European interior ministers to discuss and coordinate their responses to this issue, speculation abounds about the possibility that the visa suspension mechanism will be used against Georgia, an action which would have major consequences for the country.

Given the recent decision by the Dutch government to ask the European Commission to suspend visa-free movement for Albanians, this issue has become particularly important.

In an effort to put the potential risk into context, the Georgian Institute of Politics asked experts from Germany, Belgium, the Netherlands, and Georgia to comment on the likelihood that the EU would activate the visa suspension mechanism against Georgia.

In particular, the experts responded to the following questions:

ALEXANDRA STIGLMAYER  , Senior Analyst and Secretary-General of the European Stability Initiative, an independent think tank that has worked on EU visa liberalisation since 2008:

I do not believe that the EU will suspend visa-free travel with Georgia for two main reasons. First, it would have a huge negative impact on EU-Georgia relations. Second, deep down member states know that they themselves can reduce the number of unfounded asylum claims.

Technically, some of the affected member states — above all France, which received 7,000 of the 19,300 claims in 2018 — could initiate the complex visa suspension procedure.

But getting to suspension is not easy.

It requires the agreement of the European Commission and a majority of all member states, following an examination of various factors such as the number of affected member states (not many in Georgia’s case) and the overall impact on the migratory situation in the EU (limited).

The reason why France is attracting unfounded claims is its long asylum procedure.

Although Georgia is considered a safe country of origin and claims are treated in an accelerated procedure, it took French authorities on average six months, and sometimes much longer, to resolve them at first and second instance.

Our studies have shown, time and again, that asylum seekers with little reason to ask for protection target countries where procedures take time. This allows them to enjoy the associated benefits (accommodation, medical care, cash benefits) and sometimes earn some extra money on the black market.

Countries that have shortened their procedures, such as Switzerland, have immediately experienced a drop in unfounded claims. France is now working on reducing the length of its procedures.

Nevertheless, it is important that Georgia continues to cooperate with EU member states, in particular in the readmission process, and does what it can to reduce the number of Georgian asylum applicants.

This is not much — information campaigns, checks at the border, some penalties — but it shows the EU that Georgia takes the problem seriously. The rest is up to EU member states: it is in their hands to prevent the abuse of their asylum system by processing asylum claims quickly.

I don’t think there is a large risk that Georgia will lose its visa liberalization status. But at the same time, I can’t give any blanket guarantees because even though we are talking about rules and regulations, we are also talking about politics and I know that means that everything can suddenly become possible, usually for the worse.

And since we are talking politics, it is worth keeping in mind what sort of winds are blowing in large parts of the European Union at the moment. These are the winds of closed borders, consolidation and introspection. And current politics reflect that and will continue to do so for a while.

I am convinced that the grumblings you hear about issues with Georgian visa liberalization from places like Sweden and France reflect this political context.

They will never say it openly, but it seems to me like the governments in these countries are playing tough in order to fend off criticism that they are too soft on immigration.

While Georgians traveling visa-free actually do not have anything to do with immigration, that sort of nuanced distinction isn’t made for most citizens.

All this, however, isn’t to say that there isn’t an issue here. What I can deduce is that a small number of Georgian criminal gangs active in some EU member states do not yet pose an increased risk to the security of member states, hence the suspension mechanism could not, at this point, be invoked on this ground.

Other grounds for suspension (a substantial increase of over-stayers, persons refused entry and increase in asylum applications with low recognition rate) do not exist. But because the perception of what represents ‘an increased risk to the security of member states’ is arbitrary, there is still a chance that the member states might very well proceed on this ground. Therefore I remain a bit cautious to pronounce that Georgia is completely safe.

In its visa waiver feedback report “Second Report under the Visa Suspension Mechanism, ” the European Commission concludes Georgia has followed up on recommendations stipulated in the first report, and made progress on other migration-related policies and action plans. Also, Georgia has recently signed an agreement with the EU’s EuroJust agency, aimed at fighting cross border (organised) crime.

However, the report identifies the persistent high influx of unfounded asylum applicants in various member states which requires immediate action.

The Georgian government is actively pursuing listing Georgia as a safe country of origin in each EU member state as one of the means to address this.

While that might apply to the majority of the EU, including Germany, this does not impact France, which experiences a high number of Georgian asylum applicants despite the fact it lists it as a safe country.

Whereas in Netherlands, where Georgia has been listed as a safe country since 2013, the influx has actually stabilized at a lower level than prior to the visa waiver introduction. This illustrates the variation of irregular migration issues among European countries, and requires the Georgian government to develop tailored approaches and policies to combat the abuse of the visa waiver.

The levels of abuse of the visa waiver does not represent an ‘emergency situation’ for EU member states yet, as defined in the suspension mechanism clauses.

Most crucially however is that Georgia maintains full cooperation on the readmission of nationals, an important key point in the assessment to invoke the suspension mechanism.

Currently Georgia’s visa waiver to Schengen is not in immediate danger, mostly based on this high level of readmission and cooperation in crime fighting efforts.

If we call the situation in which a EU member state —  just like the Netherlands has done in relation to Albania — raises the issue regarding the suspension of the visa free regime with Georgia an ‘emergency situation’ , then we do not have an emergency situation.

Regarding the likelihood of invoking the visa suspension mechanism against Georgia, it is indeed difficult to make any predictions.

Theoretically, however, the fact that the suspension mechanism as such exists indicates that there is a likelihood that it will be introduced, albeit naming a specific percentage of probability is hard.

If Georgia continues to meet the criteria necessary for invoking the suspension mechanism, and if the precedent is created when the European Union suspends visa free travel with any country, then the likelihood that Georgia will be next increases.

The case to follow is the Netherlands ’  report to the European Commission to discuss the use of visa suspension mechanism against Albania.

If the European Commission satisfies the request made by the Netherlands then, I assume, the risk that Georgia will be next will be very high. 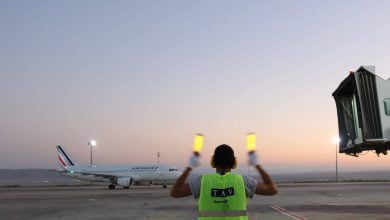 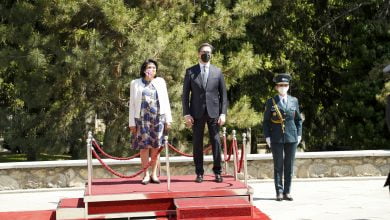 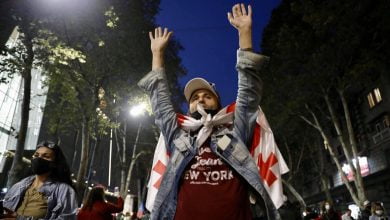