The prosecutor’s office said that the detainees are:

According to the prosecutor’s office, the investigation uncovered a corrupt scheme in Batumi Municipality’s tender procedures for the so called so called “Cheap House” project in October 2015. All of the detained were members of the tender commission at the time.

The detained are charged with rigging the procurement tender for social housing in favor of a single company – “Convent Georgia” – which did not meet the legal and financial requirements.

“Instead of protecting legal interests of the state, terminating the tender and not concluding the agreement on state procurement with Convent Georgia, the tender commission signed the contract on state procurement worth GEL 4.2 million,” the prosecutor’s office said. According to the prosecution, the company has failed to complete the required works, inflicting the damage of over one million GEL to the state coffers.

The prosecutor’s office noted that the investigation has been launched under articles 182 and 332 of the criminal code of Georgia – embezzlement and abuse of office. 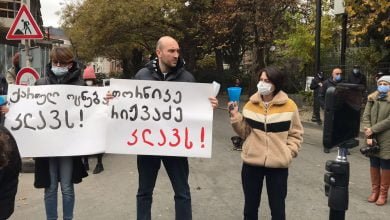