The Parliament of Georgia will hear a report from the Chair of the Central Election Commission (CEC), Tamar Zhvania over what the opposition has described as CEC’s “partial and biased” handling of the upcoming by-elections.

Zhvania will appear before the legislature upon the request of the United National Movement in the interpellation format, a new instrument under the Parliament’s new Rules of Procedure obliging officials to respond to lawmakers’ pre-submitted questions from the Parliament rostrum.

Commenting the request, UNM’s Roman Gotsiridze said the CEC chair “will have to give answers as to why the election administration had no reaction to pre-election violations and why she has turned into a member of the Georgian Dream’s election headquarters.”

Deputy Parliament Speaker Tamar Chugoshvili responded to the allegations in a press briefing on May 16, accusing the opposition party of “destructive actions” and of “discrediting and obstructing the election process.”

“The goal of our opponents is to discredit state institutions and in this concrete case – the CEC; and to derail the election process in Zugdidi, where their electoral performance is of symbolic importance to them… Our goal is to hold the elections in a peaceful and democratic environment. No provocation, no incident that casts doubt on the electoral process must remain unanswered,” she noted. 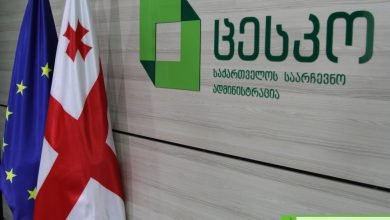