Tbilisi City Court has found all eight persons, who were arrested during May 12, 2018 raid of two Tbilisi night clubs – Bassiani and Gallery – guilty of drug-related offenses and sentenced them to various terms of imprisonment.

In all cases, the illicit substance in question was MDMA, a psychoactive drug commonly known as “ecstasy”.

Guilty verdict was passed for three persons on February 7. One of them, identified by initials M.M, was charged with sale of large amounts of illicit substance and was sentenced to eight years in prison.

The second, identified as K.M. was charged with illegal purchase, possession and sale of drugs as well as fraud and sentenced to eight years in prison.

The third, identified as L.M was charged with illegal purchase, storage and sale of drugs, fraud as well as illegal keeping of ammunition and sentenced to seven years in prison.

The remaining five were found guilty by the same Court earlier in January and February.

Police officers raided two clubs – Bassiani and Cafe Gallery – on May 12, 2018, allegedly following the leads regarding the dealing and use of club drugs that triggered three-day public protests. The protesters ceased the rally after Interior Minister Giorgi Gakharia pledged on May 14 to investigate the case and renew the work on drug policy reform. 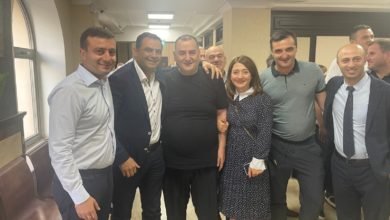