Three leading Georgian election watchdogs – ISFED, GYLA and TI Georgia – released a joint assessment of the pre-election environment on October 27, a day before the presidential polls.

The document flags several violations identified in the pre-election period, among them pressure on election watchdogs, violence and physical confrontation, use of administrative resources and counter-campaigning in social networks.

According to the organizations, the pre-election campaign was held “against the backdrop of mutual accusations,” which grew “more intense” as the Election Day drew near.

The organizations then pointed out that local election watchdogs have come under the authorities’ “unprecedented, coordinated attack” in the period leading up to the elections, coupled with “a smear campaign” in social networks.

“Attempts to discredit the election watchdogs were launched by election administration bodies, and was later continued with everyday verbal attacks from senior members of the government and the ruling party,” reads the statement.

The election watchdogs also noted that anonymous Facebook pages targeting presidential candidates and political parties and propagating “hate speech and fake news” against them were a “challenge” for the pre-election environment.

The CSOs said “massive incidents of violence and physical confrontation have not taken place during the pre-election period,” but added that “attempts of obstructing campaign [meetings] grew into confrontation on some occasions.”

The watchdogs also said they have documented instances of use of administrative resources and pressure on public servants, which they believe “harms” the pre-election environment.

“Employees of public agencies and non-profit legal entities (agencies funded and operated by municipality governments), have been instructed to compile lists of potential voters of Salome Zurabishvili and ensure that they vote for her on the Election Day,” the CSOs said.

The organizations also noted that the pre-election period proceeded against the background of release of covert recordings, including  the Omega Group and the case-fixing tapes, which, according to the CSOs, triggered “serious doubts” about elite corruption and informal rule.

The watchdogs assessed the media environment as well, stating it was pluralistic and active. “There have been no facts of physical assault or pressure on journalists, but verbal attacks from senior officials against critically-minded media organizations, particularly against Rustavi 2 TV, were common,” reads the joint statement.

The CSOs also highlighted problems in selecting non-partisan members in district election commissions. They said 22 out of 73 temporary appointments were either relatives of incumbent administration officials or supporters of ruling party members, which “raises legitimate questions on nepotism and political influence in the selection process.”

For more information on the October 28 polls, we recommend reading our Presidential Elections Guide. 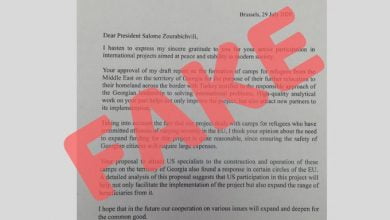 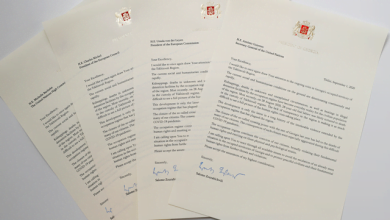