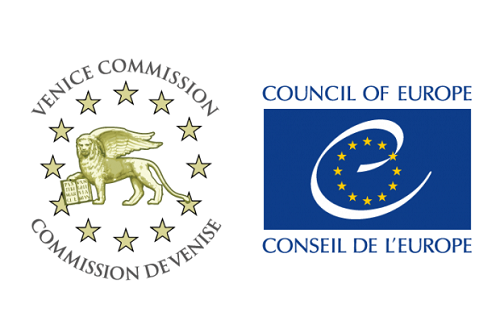 The Venice Commission, Council of Europe’s (CoE) advisory body for legal affairs, released its opinion on the proposed draft Constitution of Georgia on June 19. The Commission, which has been requested by the Georgian authorities to provide its expertise to the draft amendments to the constitution, adopted the document at its session on June 16-17.

According to the document, the proposed reform “deserves a positive assessment,” as it “completes the evolution of Georgia’s political system towards a parliamentary system started by the 2010 constitutional reform,” and improves “the country’s constitutional order, based on the principles of democracy, the rule of law and the protection of fundamental rights.”

Although the Commission welcomed the replacement of the mixed electoral system by proportional representation, it also said “this positive step forward is limited by three mechanisms: the 5% threshold rule in legislative elections is maintained; the undistributed votes below the 5% threshold are allocated to the winning party and, electoral coalitions (party blocks) are abolished.”

“While the 5% threshold is perfectly in line with European standards and does not as such expose itself to criticism, taken together, these three mechanisms limit the effects of the proportional system to the detriment of smaller parties and pluralism and deviate from the principles of fair representation and electoral equality to a larger extent than seems justified by the need to ensure stability,” the document reads.

The Venice Commission recommended alternative options of allocating undistributed mandates than the one suggested by the draft amendments, such as:

“Having said this, according to the draft provisions, the referendum in this matter may only be initiated by the Government and here as well, the Parliament appears to be completely excluded from the process of imposition of a new type of common tax etc,” the document reads.

“The Venice Commission considers it preferable that in the first instance it is up to parliament to decide on the introduction of new taxes. The decision of parliament could then be submitted to the people for their approval or disapproval, either by parliament itself or by the President,” it also said.

The Venice Commission welcomed the decision to delay the introduction of indirect presidential election and added that “although there are no objections in principle to the passage to the proposed system of indirect election of the President as from 2023, a qualified majority should be required in the first round(s) and measures in order to better guarantee the pluralism in the Parliament (and consequently in the Election Board).”

“The passage to an indirect election system should not result in the constant and exclusive election of the candidate presented by the parliamentary majority as President. Measures in order to better guarantee the pluralism in the Parliament (and consequently in the Election Board) and the principle of checks and balances are thus necessary,” the document reads.

According to the opinion, the Commission “considers that the Georgian authorities are best placed to decide on whether or not the National Security Council should be referred to in the Constitution and thus be a constitutional body.”

According to the opinion, the constitutional provision defining the marriage explicitly as “a union between a woman and a man (…) based on equality of rights and free will of spouses” should “in no case be interpreted as prohibiting same sex partnership.”

“Georgia like any other CoE member state is obliged to comply with ECHR standards and therefore must provide legal recognition (such as civil unions or registered partnerships for same sex couples),” the Venice Commission added.

It also recommended using a qualified majority in Parliament for the election of the General Prosecutor, three Constitutional Court judges and the members of the High Council of Justice instead of a majority of the total members of the Parliament as in the proposed constitution.

The Commission also suggested removing the three-year trial period for judges and welcomed the proposal of the Parliamentary Chairman to apply the probationary period only until 2025.

The Venice Commission welcomed the provision prohibiting the re-election of the Public Defender, saying it “aims at guaranteeing the independence of the institution and preventing any risk that the independent action of the person holding the post is compromised by considerations of future re-election.”

It also said the five years’ term for the Public Defender is “in line with the European Standards,” but added that it might “be preferable for the sake of independence” that that he/she serves a longer term.

The Commission also recommended introducing a requirement of qualified majority for the appointment of the Public Defender “to ensure consensus in Parliament and a wide agreement with the opposition parties given the importance of Public Defender’s role in the constitution as supervisor and protector of human rights within the territory of Georgia.”