Echoing position of the president’s office, nominees for Supreme Court’s three vacant seats criticized ruling GDDG party lawmakers’ call on the President to hold consultations over the nominations before the vote in the Parliament as an attempt to seek “behind-the-scene deal”.

President Giorgi Margvelashvili named incumbent deputy defense minister, Anna Dolidze, as a candidate for the Supreme Court in February, and Tamar Laliashvili and Nona Todua for two other vacant seats in the Supreme Court in March. Hearings in the parliamentary committees over the nominations were completed almost a month ago and the only procedure left is a vote at a parliamentary session.

But on May 4 MP Giorgi Volski, who chairs the largest faction in parliament, made up of MPs from GDDG party, said that members of his faction are undecided about whether to support the nominations and called on the President to engage in consultations – an offer, which was declined by the president’s office on the same day.

On May 5 three Supreme Court nominees made a joint appearance before journalists to read out a statement saying that the process moved to the “wrong direction”.

“Discussions over our candidacies for the Supreme Court are ongoing in the Parliament for several months already. Statements made by parliament members [on May 4] moved the process to the wrong direction,” the nominees said in the joint statement.

“It’s wrong when discussions over the judicial appointments center around demands for behind-the-scene deals instead of [nominees’] qualification or other universally recognized criteria. Putting the issue in this context is insulting for high status of a judge and for the idea of fair judiciary.”

“Behind-the-scene deals will not help in addressing challenges facing the judicial system,” the three Supreme Court nominees said. “We hope that the Parliament, elected by Georgian people, will take decision based only on each candidate’s knowledge, education, qualification and level of independence.”

On May 6 the three candidates met Parliament Speaker Davit Usupashvili, who said that the “only consultation” that is ongoing is within the factions, which is necessary for taking final decision.

Usupashvili also said that the vote on the issue should be held before the end of this month.

“Personally I think that all three candidates are very experienced, highly qualified and they can contribute to the judiciary, but it’s up to the Parliament to decide, which I suppose will happen before the end of May,” said Usupashvili, who is a member of the Republican Party. 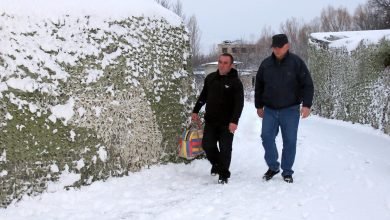